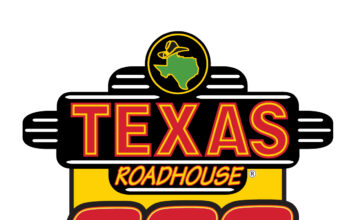 TOYOTA QUOTES
CHRISTOPHER BELL, No. 4 JBL Toyota Tundra, Kyle Busch Motorsports
Finishing Position: 4th
How do you feel about your race today?
“It was a lot better than Martinsville in April, that’s for sure. Really proud of my team today they brought an awesome Tundra to this thing and I’m just glad I was able to do my job and was able to come away from here with a top-five, that’s a really big points day for us. It was a shame that I didn’t get John Hunter (Nemechek) at the end, but to come home fourth at Martinsville, which we knew was going to be our weak link in the Chase. Really proud of all our guys. Just have to give a big thank you to Jerry (Baxter, crew chief); he brought a really good JBL Tundra today. Glad to escape here with a top-five.”

Are you surprised to leave Martinsville with a top-five finish?
“This was a really special day for all these Kyle Busch Motorsports #4 guys because we knew coming in that Martinsville was going to be my weak link as a driver. To come out of here with a top-five was really big for us. I just have to give a big thank you to all these guys, this JBL Tundra was really fast today. It feels good to run fourth.”

TIMOTHY PETERS, No. 17 Red Horse Racing Toyota Tundra, Red Horse Racing
Finishing Position: 5th
How were you able to come from mid-pack to a top-five finish?
“Good truck, good pit crew, good spotter and just great effort by everyone on this Red Horse Tundra. We didn’t have the truck that we wanted by any means, but we kept adjusting on my Tundra all race long. The pit crew got me track position and it was left up to me to cap off the rest. If we couldn’t get the win, the top-five was definitely what we needed. Just glad to come out of here from 19th to fifth. We’ll build on this and go to Texas.”

What do you need to do in the next two Chase races to make it to Homestead?
“We really need a win. I don’t know if consistency is going to do it. Consistency will get you close, but I think you’re going to have to have a win. One spot is already taken today so it’s elbows up from here.”

What has this Chase been like?
“You look at the Chase and it adds a lot of excitement. One thing that you can honestly say is that none of these teams that are in the Chase are bad, it just makes them elevate their game. When you get in a pressure cooker I think you see the steam rise to the top. I’m very confident in what Red Horse has done and we proved it today.”

WILLIAM BYRON, No. 9 Liberty University Toyota Tundra, Kyle Busch Motorsports
Finishing Position: 8th
What did you struggle with early in the race?
“At one time I didn’t have any first gear – just struggled with that and that put us back on that second run of the day, first time on pit road and just had to get it back from there. Disappointing, but we’ll go on to Texas, we got a win there earlier in the year so I know we can do it.”

What makes this Chase challenging?
“It’s just that everybody is running better. Eighth-place isn’t as good as it would have been earlier in the year so we just have to kind of move on from it. We still finished top-10 so we’re proud of that, but have to make sure we can click off some really good finishes over the next two races.”

MATT CRAFTON, No. 88 Ideal Door/Menards Toyota Tundra, ThorSport Racing
Finishing Position: 17th
When did you start feeling you had a brake problem?
“Probably about lap 15 we started having a ton of pedal fade and it made zero sense. Same truck we had at New Hampshire and put all new master cylinders and a bunch of stuff on it and I guess we didn’t find quite the gremlin that we thought we had at New Hampshire. All in all, we’ll just move on and go onto a really good track, Texas for us and Phoenix.”

How strong was your truck before the brake issue?
“I definitely felt we had a top-five truck. We could run in the top-five with losing the brakes, it was 15 laps into a run every run that I started losing the brakes and I would just have to sit there and ride so I had something to be there at the end. I smelled it at one point and kept feeling something going on with the brake pedal and finally it went away.”

What did it mean to salvage a finish on the lead lap after the problem?
“The guys did really, really good getting the truck back together. Capping the left rear caliper off just so we had some kind of brakes – right there at the end we had two front brake calipers and a right rear, we had nothing on the left rear. Then to be able to pass a few people and salvage what we did, it was a good day.”