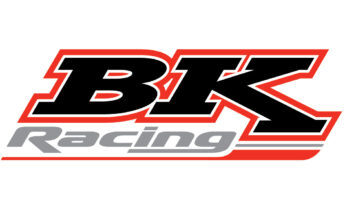 Virginia roots run deep in NASCAR, and Gray Gaulding and BK Racing continue that tradition. At a press conference today at Richmond International Raceway (RIR), BK Racing announced Colonial Heights, V.A., native Gaulding as the driver of the No. 23 Toyota Camry in the Monster Energy NASCAR Cup Series for the 2017 season. The announcement was made at Gaulding and BK Racing’s home track in Richmond.

“We appreciate the opportunity to host Gray Gaulding’s press conference with BK Racing and share the announcement with our RICHMOND NATION and TORQUE Club season ticket holders in Richmond,” said RIR President Dennis Bickmeier. “We look forward to continuing our strong relationship with this promising young, Virginia driver, and a race team with roots in the Commonwealth. Virginia has a rich racing history, and RIR is committed to supporting drivers, team members, and the more than 20 other motorsports facilities in the region.”

The 18-year-old rookie has been racing since he was three-years-old. He began competing in the NASCAR K&N Pro Series in 2013, and collected 13 top-five finishes, 25 top-tens, and three pole awards over his three years in the series. Gaulding’s first pole award in the series came at RIR in 2013, making Gaulding the youngest driver to claim a pole at the age of 15 years, 2 months, and 15 days. Later in the season, Gaulding became the youngest driver to win the NASCAR K&N Pro Series West at Phoenix International Raceway.

Gaulding was a member of the NASCAR Next class for consecutive years in 2013 and 2014. NASCAR Next highlights NASCAR’s rising stars and helps them achieve a larger fan base. This is to support young drivers’ aspirations to become Monster Energy NASCAR Cup Series regulars.

In 2014 and 2015, Gaulding competed in the NASCAR Camping World Truck Series where he made 13 starts and earned one top-five and two top-ten finishes. Gaulding continued his impressive career in 2016 when he made starts in both the NASCAR XFINITY Series and the Monster Energy NASCAR Cup Series.

“When I first walked into the BK Racing shop I felt at home. It has the perfect mixture of corporate America and the old-school race shop feeling,” said Gaulding. “Everyone was elbows deep preparing for Daytona, Richmond, Las Vegas and the entire season. Ron Devine has invested a lot of time, effort, and equity into BK Racing and it shows as you walk the shop floor. To be back with Toyota is great, I’ve kept a great relationship with them and they’re a great technical partner. I can’t wait to get behind the wheel and represent everyone at BK Racing and our partners that allow us to be at the track.”

“Over the years, BK Racing has given many talented young drivers the chance to compete in the Monster Energy NASCAR Cup Series and make a name for themselves,” said Ron Devine, owner of BK Racing and Richmond native. “We see Gray Gaulding as a potential superstar in our sport.”

Gaulding, Devine, and BK Racing are the latest additions to Virginia’s storied history in NASCAR. Drivers Denny Hamlin, Elliott Sadler, Hermie Sadler, Ricky Rudd, Jeff Burton, and Ward Burton are just some of NASCAR’s best who call the Commonwealth home. Virginia breeds Hall of Famers, and six have been inducted into the NASCAR Hall of Fame. Glen Wood, Leonard Wood, Joe Weatherly, Wendell Scott, Curtis Turner, and Rick Hendrick have all been etched into NASCAR history. Virginia’s presence in NASCAR continues as Gaulding and BK Racing drive to add their names to NASCAR’s history.

“RIR is proud to call Virginia home, and we welcome our fellow Virginians to make an impact on the sport we love,” said RIR President Dennis Bickmeier. “Gray (Gaulding) is a talented young driver who influences the sport on and off the track. He has earned the opportunity to race in the Monster Energy NASCAR Cup Series and continue growing his exciting career. We look forward to seeing Gray and BK Racing back at RIR in April.”

Gaulding’s first race in the No. 23 for BK racing will be at Atlanta Motor Speedway on Sunday, March 5. His hometown fans can see him when NASCAR returns to Richmond on April 28-30 for the TOYOTA OWNERS 400 Monster Energy NASCAR Cup Series race and ToyotaCare 250 NASCAR XFINITY Series race. Richmond will once again be in the spotlight for the regular season finale and Fan Appreciation Weekend on September 8-9. The Federated Auto Parts 400 Monster Energy NASCAR Cup Series race on Saturday, September 9, and the Virginia529 College Savings 250 NASCAR XFINITY Series race on Friday, September 8 is presented by Who’s Your Driver.