CHEVY MENCS AT MICHIGAN ONE: Kyle Larson Pilots Chevrolet to The Top Spot at Michigan 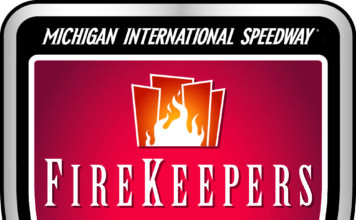 Larson ran a blistering lap of 35.616 seconds/202.156 mph in order to best the other 36 competitors and take the top spot in the waning minutes of the third and final round of knock-out style qualifying. This is Larson’s third MENCS pole in 126 starts, his first pole at MIS, and his second pole thus far this season.

Competing at Chevrolet’s hometown track this weekend, Larson earned the Bowtie Brand its third pole of the season and 691st overall pole win in the series.

“We made some good adjustments there for that final round,” Larson said after capturing the pole award. “I was pretty good in the first round and a little bit tight in the second round. They went a step further on freeing it up for the final round and the Cars 3 Chevy drove good. I could tell by the rpm and the engine it was going to be a pretty good lap so I was happy about that to get the pole after winning here last year. So, hopefully we can keep it going. So far, it’s been a really good weekend leading in practice and then getting the quick time here. So, yeah; it’s an exciting weekend and hopefully we can keep it going.”

Larson’s Chip Ganssi Racing teammate, Jamie McMurray, placed the No. 1 McDonald’s Chevrolet SS in the eighth position on the starting grid. This is his 11th top 10 start of the 2017 season.

Hendrick Motorsports driver, Chase Elliott, will start from the 10th position in his No. 24 NAPA Chevrolet SS, giving Team Chevy three of the top 10 starters overall.

The FireKeepers Casino 400 is scheduled to begin on Sunday, June 11 at 3 pm, ET. Live coverage can be found on FoxSports1, MRN and Sirius XM NASCAR Radio Channel 90.

KYLE LARSON, NO. 42 CARS 3 TARGET CHEVROLET SS – POLE WINNER PRESS CONF.
WALK US THROUGH YOUR RUN:
“It was a good qualifying run for us. We were fast in practice and we were pretty good that first round. Ran about the same, a little bit faster the second round and then picked up a lot of speed there for the final round. Chad (Johnston, crew chief) and the engineers made some good adjustments there for the final round. It was fun to go fast out there and have a lot of grip. Starting from the pole is going to be a big deal. Track position is always important here at Michigan and looking forward to it.”

THE LAST TIME OWEN (LARSON) JOINED US ON THIS STAGE YOU WON THE RACE HERE. SO, YOU’VE GOT TO FEEL PRETTY GOOD ABOUT THAT:
“Yeah, that was after the race. Yeah, hopefully we can get him back up here again for Father’s Day, that would be a special thing for me. Yeah, we’ve got a fast car, we’ve just got to take control of the race and be mistake free.”

DO YOU HAVE ADDED CONFIDENCE GIVEN THE FACT THAT YOU WON THE POLE AT CALIFORNIA, A TRACK THAT IS SO SIMILAR TO THIS ONE AND YOU WERE ABLE TO PRETTY MUCH DOMINATE THAT RACE?
“It’s a similar size, same shape and size, but drives way different. Fontana has got worn out pavement and here it’s been repaved not too long ago so it’s got a lot of grip and smooth. But, yeah, this is the same car we ran at Fontana, so some added confidence there and then getting the pole definitely adds some confidence. Yeah, I’ve had this race circled since last year when I won.”

IT SOUNDS LIKE YOU ARE GOING ABOUT 215 TOP SPEED HERE DOES IT FEEL LIKE YOU ARE GOING THAT FAST?
“No, I guess. To me here you know you are going fast, but I get more of a sensation at say like Dover or Bristol on going fast just because it’s bumpy. The straightaways are narrow. Here the straightaways are smooth, wide, and you are not bouncing around a lot. You don’t get like the sensation that you are hauling the mail here, but when you get out of shape in the corners, when your car is loose, that is when it becomes scary. Hopefully, we will try and keep a good balance on our car this weekend and not have any pucker moments.”