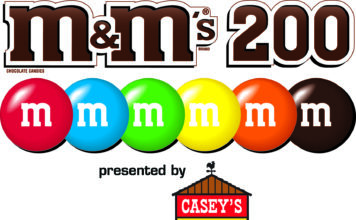 GRANT ENFINGER, No. 98 Ride TV Toyota Tundra, ThorSport Racing
Finishing Position: 4th
What happened between you and your teammate Matt Crafton?
“Yeah, I mean I’m just – I’m embarrassed. I was going for the bottom and I thought he (Matt Crafton) was going to go in the middle and I just – he come down and it was completely my fault. I mean, I just run over him. I feel terrible for those guys. Sorry, but sorry doesn’t fix race cars, you know? Unfortunately, it wiped his out and I just feel horrible about it. Really proud of all our ThorSport guys and how far we’ve come. You know, we had a pretty good truck and, like I said, I just – it’s going to take a while to shake that off. I just – I feel terrible.”

CHRISTOPHER BELL, No. 4 Toyota Tundra, Kyle Busch Motorsports
Finishing Position: 5th
How did you battle your way back from a pit decision that resulted in your losing positions?
“Well, it was – we had a really fast Toyota Tundra, man. Out front, it was lights out – we were really, really good on the long run and on the short run too, but the long run was where we excelled. I don’t know, man. It’s so tough to pass whenever it’s on the bottom and, finally, the top came in and then we could finally start passing guys, but still it’d take way too long to pass them and then – but the yellow came out and that gave us a shot at it and just didn’t work out.”

What was the difference in your Tundra between being out front and back in traffic?
“Well, I don’t know. Our Toyota Tundra was really good out front. We had really good long run speed, pretty good short run speed. I felt like once we got buried back in traffic there, we’d be able to just pick ‘em off once the tires started wearing out, but once the sun went down, man, it just gripped up. That was a super fun race though – that was awesome the top came in. I ran my first K&N race here at Iowa and it was one of the most fun races I’ve had in a stock car because we got all the way to the fence and we were darn near there tonight, so that was a lot of fun. Bummed it didn’t work out, but I still had a blast out there.”

NOAH GRAGSON, No. 18 Switch Toyota Tundra, Kyle Busch Motorsports
Finishing Position: 6th
How was your race?
“That was so much. I could have finished 20th and I would still have a smile on my face. This place, Iowa Speedway, is so much fun. I mean, we were dicing it up for the lead. I ran in the lead, I ran 10th, I ran fifth, I ran all over tonight, but, man, that so much fun and I had such a blast in my Switch Toyota Tundra. This place is just so much fun where you can just race three-wide, four-wide. My spotter, Brandon McReynolds, was calling me four-wide some of the times, so it’s just a blast and to have a fast Toyota Tundra that Kyle Busch Motorsports brings to the race track – it just makes it that much better.”

What was the last restart like?
“I restarted in third and then I felt like I got a good restart. I lagged back and got a run on the guy in front of me and then – so I was like double the guy’s speed in front of me and then the guy behind me was double my speed because he lagged on me and got a big run on me and made it four-wide, but that was really cool. Congrats to John Hunter Nemechek and everyone else. I mean, we were fastest truck on the race track by a second there with 20, 30 to go, so it just is what it is. It was a lot of fun and I can’t wait to go to the next one.”

HARRISON BURTON, No. 51
Finishing Position: 11th
How was your race and what resulted in the last lap contact?
“Just driving really, really hard and side drafting and all that stuff and I got a little aggressive on the entry and then we were a little bit free on the last run and then a combination of the air and just me driving it a little bit too deep sent us around and unfortunately we collected the 24 (Justin Haley). You know it was the last thing I wanted was to wreck another guy, especially someone I was just racing really hard with, so had a lot of fun, but hopefully, you know, next time we’re out we’ll be able to finish where we run. I feel like I say that a lot in the Truck Series stuff is after running really, really well, we didn’t quite get the finish we deserve, but really proud of the guys. We fought all day and got myself way better as I went, so just excited for Eldora. Kind of a different animal, but going to take what I apply – you know, as much as I can – from what I’ve learned here to there and see what we’ve got.”