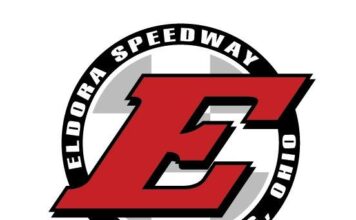 Additional Info
– Sauter will pilot chassis no. 047 which he raced to a 13th-place finish at Eldora last year after starting from the 8th position.
– Sauter continues to lead the driver and owner championship point standings by 28 points after the 10th race of the season. He has one win and 10 playoff points.

Quote
“Eldora is a little bit of a different situation, especially for a guy like me that’s raced asphalt his whole life. I’ve been to a couple of dirt races throughout my lifetime, but I’ve always been an asphalt guy. I have fun at Eldora. I think it’s a fun place and obviously a good atmosphere with a lot of great race fans. But for me it’s just a place where I haven’t figured it out quite yet.

I’ve had some decent runs [at Eldora] but for some reason got tore up towards the middle stages of the race. I guess my mindset going there is just to have fun, first and foremost. I think if we do everything right, if we can stay out of trouble, hopefully we’ll be in contention at the end of that thing.

It’s sort of a survival state, but Eldora’s also a place where if you have a win early in the season and you’ve had some good runs going, you can kind of just go and enjoy. It’s only one race on the schedule, but it’s still a race, nonetheless, and you want to put your best foot forward every week.”

Eldora Stats
Haley will be making his first NCWTS start at Eldora Speedway.

Additional Info
– The No. 24 team will utilize GMS chassis no. 021, the same chassis raced to the win by Kyle Larson at Eldora in 2016.

– 18-year-old Haley started his racing career on dirt, competing in 600cc sprints for three years. He was ranked Indiana’s No. 1 600cc sprint driver in 2014. He ran second in the Tulsa Shootout, continuing his dirt career as he transitioned to asphalt racing.

– The Winamac, Ind., native is 12th in the driver championship point standings after missing the first two races of the season due to NASCAR’s age restriction.

Quote
“I grew up racing in Indiana where there are a lot of short tracks that are dirt. We went out and bought an open wheel mini sprint and raced it around four or five tracks. We ventured out to the Tulsa Shootout and ran second, and I’ve just kind of been playing around in dirt ever since.

Obviously being in a truck at Eldora is going to be a lot different than what I’ve been used to. These trucks are very heavy with quite a bit of motor, so I don’t know what to expect until I get out there. You can run all the simulator laps and talk to all the veterans and all the dirt aces that you want, but until you get on track and run your practice laps you just don’t know. The surface will change all through the night, so every time you get out there it’s going to be a different story, but I think we’ll adapt pretty quick.

This isn’t the first time I’ve had to go back and lean on my dirt experience; we kind of had to the do the same last year for the ARCA race at Springfield and it worked out pretty well for us. Add to that that I have Kyle’s truck from last year, so it’s a little added boost to team morale and coming off a third-place finish at Kentucky is good motivation for my guys.”

Eldora Stats
Kaz will be making his first NCWTS start at Eldora Speedway this weekend.

Additional Info
– Kaz will pilot chassis no. 004 this weekend. This chassis was raced last year at Eldora by Ben Kennedy, where he qualified 17th and finished 11th.

– Having never raced on dirt before, Kaz ran a dirt modified twice at 311 Speedway in Pine Hall, NC, as well as at Friendship Motor Speedway in Elkin, NC, to prepare for the NCWTS race at Eldora.

– After a 24th-place finish at Kentucky Speedway, Kaz is currently 10th in the driver point standings, with one win to his name.

Quote
“I like watching dirt racing, but I don’t know much about it. I can guarantee you that I’ll be having a blast the entire race though. I’ve been in a dirt car a couple times, not much, but it was the most fun I’ve had in a racecar. I just hope that I can catch on to whatever it takes to go fast at Eldora. It’s certainly not like any other track we race at. I’m looking forward to it though.”