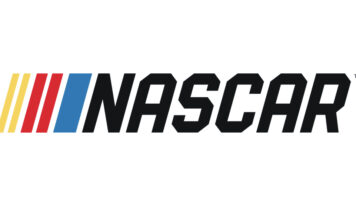 DAYTONA BEACH, Fla. (August 17, 2017) – For the first time in the sport’s history, NASCAR® will live-stream an in-car camera on Twitter for all 10 Monster Energy NASCAR Cup Series™ Playoffs races in 2017, NASCAR announced today.

Beginning with the first race of the NASCAR Playoffs at Chicagoland Speedway®, NASCAR will provide fans a unique look from inside the race car with a live camera stream that can be accessed via its official Twitter handle, @NASCAR, and NASCAR.twitter.com.

Fans can watch the full broadcast of the race at Chicagoland, Sunday, September 17 at 3 p.m. ET on NBCSN, NBCSports.com and the NBC Sports app.

On the same screen of the live stream, fans will find a real-time curated timeline of Tweets that capture the best of the NASCAR live conversation.

“Through the in-car camera live stream on Twitter, our fans will have another compelling vantage point of the NASCAR Playoffs, where the energy and intensity of stage racing will be elevated to a whole new level,” said Steve Phelps, Executive Vice President and Chief Global Sales and Marketing Officer, NASCAR. “To provide this level of access on Twitter throughout the 10-week playoffs is a fantastic way to complement the viewing experience on NBC Sportsand the NBC Sports app.”

The NASCAR Playoffs live stream will be accessible for free for logged-in and logged-out users in the United States via NASCAR’s official Twitter handle and connected devices. Real-time race highlights will also be available on @NASCAR, offering fans additional ways to follow the playoffs at home or on the go.

“NASCAR continues to innovate on Twitter, a place where their passionate fans discuss what’s happening before, during and after every race,” said Anthony Noto, Twitter COO. “Our new collaboration will offer NASCAR fans a unique live stream perspective for the 2017 playoffs alongside the real-time Twitter conversation.”

Leading up to the first playoffs race, NASCAR will debut individual Twitter emojis and hashtags for all 16 Monster Energy NASCAR Cup Series Playoffs drivers, available to Twitter users until each driver is eliminated from championship contention.

Fans can watch the full broadcast of each Monster Energy NASCAR Cup Series Playoffs race on NBC, NBCSN, NBCSports.com and the NBC Sports app. NASCAR.com will continue to offer its full portfolio of complementary viewing products throughout the 2017 playoffs. In-car camera angles will also be available on NASCAR Drive™ and NASCAR Mobile™.

Twitter is what’s happening in the world and what people are talking about right now. From breaking news and entertainment to sports, politics, and everyday interests, see every side of the story. Join the open conversation. Watch live streaming events. Available in more than 40 languages around the world, the service can be accessed via twitter.com, an array of mobile devices, and SMS. For more information, please visit about.twitter.com, follow @Twitter, and download both the Twitter and Periscope apps at twitter.com/download and periscope.tv.