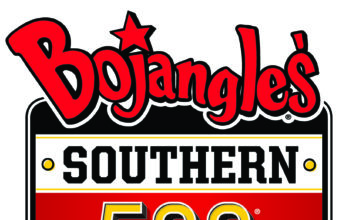 MARTIN TRUEX JR., Bass Pro Shops/TRACKER Boats 40th Anniversary Toyota Camry, Furniture Row Racing
Starting Position: 2nd
How did your Camry feel our in qualifying?
“Feels good. That was definitely a good, successful qualifying session for us. It – we thought we were off a little bit the first round then just kept working on the car and kind of adjusted the driving style a little throughout all three rounds and we ended up second. So seems like we’ve been second a lot this year and it’s been a good number for us and hopefully it’ll be a good one tomorrow night.”

Does Turn 2 give you the fastest sensation of speed of any corner in NASCAR?
“When your car’s not right, it’s definitely pretty hairy just because the bumps over there and the way the track is so narrow, so any amount of the sense that you don’t know exactly where your car is going to go end up when you exit Turn 2 is pretty hairy because it’s so narrow and you are going so fast. I would say that for me, Dover still feels the fastest, but here is definitely sketchy as far as at any point in time you feel like a small mistake could cost you a lot.”

KYLE BUSCH, No. 18 M&M’s Caramel Toyota Camry, Joe Gibbs Racing
Starting Position: 3rd
How was your qualifying effort?
“It was okay. You know, car felt really, really good first round, second round and then there just made the right adjustments – jus the race track wasn’t quite what we expected it to be, so it was just a tick loose the last run and came home with a third, so we’ll take that and be happy with it and start up front.”

Will changing conditions be the story tomorrow?
“Yeah, no question. I think it always is here with practice and qualifying and everything during the day and then we start in the day and we go into the night as the race goes on, so everything about changing track conditions and keeping up with it is going to be the trick.”

DENNY HAMLIN, No. 11 Sport Clips, Toyota Camry, Joe Gibbs Racing
Starting Position: 9th
How was your third round run?
“It was alright. We were average. Kind of mired there in the top-10 and we just didn’t have quite the turn that we needed through to be faster and ultimately compete for a pole.”

How do you overcome the changing track conditions during the race?
“Yeah, we have quite a few notes we can lean back on for what the track typically does, but overall I think that we lean on that history and know that we were pretty good in practice and we’ll work from there.”

Does the XFINITY Series race do much to help you prepare for the Cup race at Darlington?
“Yeah, there’s some line things that you can use from one race to the next, but the speeds are so much different, horsepower is so much different, you’ve kind of got to take it all with a grain a salt.”

ERIK JONES, No. 77 5-hour ENERGY/Rookie Salute Toyota Camry, Furniture Row Racing
Starting Position: 10th
How was the car during the final qualifying round?
“Yeah, just too loose. We were too free in the first round and the second round it was really good – I was really happy with it. Just didn’t make quite a big enough adjustment for the last round, so still a top-10 starting spot. Plenty of time to get through 500 miles, so we’ll be just fine.”