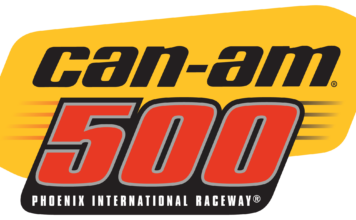 Another Camry Locked In: Camry driver Martin Truex Jr. clinched his spot in the Monster Energy NASCAR Cup Series (MENCS) Championship 4, which is set to take place at the season-finale at Homestead-Miami Speedway on Nov. 19. The Furniture Row Racing driver leads the series standings with a 50-point lead over fellow Camry driver Kyle Busch, who secured a position in the Championship 4 with his win at Martinsville, along with Texas winner Kevin Harvick. Only one driver slot remains available for the finale and Denny Hamlin could secure it with a win at Phoenix or by ascending to fourth in points if another Playoff driver doesn’t win this weekend. He currently is one position out and 19 points shy.

Talking Titles: Toyota currently leads the NASCAR Camping World Truck Series (NCWTS) manufacturer’s championship point standings with two races remaining this year, and looks to secure the 10th title for the Tundra in the season-finale on Nov. 17. With 12 wins this year, Toyota holds a 42-point lead in pursuit of this year’s NCWTS title. Toyota drivers previously won the NCWTS manufacturer title from 2006-2010 and again from 2013-2016. In the MENCS, Toyota leads the battle by 23 points and looks to defend its first series manufacturer championship earned in 2016.

Consistency Counts: Toyota driver Matt Tifft is one-of-only-two NXS Playoff drivers to earn top-10 results in every postseason race this year. Half of Tifft’s 12 top-10 finishes this season have come in the last six races beginning with Chicagoland, and he has an average finish of eighth in the Playoffs. In June 2016, Tifft underwent surgery to remove a low-grade glioma in the brain before returning to racing full-time, and has contended for the 2017 NXS championship with Joe Gibbs Racing. The Hinckley, Ohio native earned his career-best finishes of third-place earlier this year (Mid-Ohio and Road America) and sits just five points out of the Championship 4 that will compete for the XFINITY Series title at Homestead-Miami Speedway on Nov. 18.

Toyota driver Denny Hamlin has eight top-10 finishes at Phoenix in the last 11 races, starting with his 2012 win … Daniel Suárez owns Phoenix victories in the NCWTS and the NASCAR Mexico Series … Erik Jones has two NCWTS Phoenix victories, including his first-career NASCAR national series win in 2013, which at the time made him the youngest-ever NASCAR race-winner … Joe Gibbs Racing’s No. 20 Camry is second in the NXS owner title hunt with five victories this season while JGR’s No. 18 Camry is fourth with seven wins this year … Jones (MENCS and NXS) and Christopher Bell (NXS and NCWTS) will run double duty in Phoenix … Fresh off his second-straight NASCAR K&N Pro Series West championship, Todd Gilliland will compete in the NCWTS race at Phoenix where he won the West Series’ final race at the track in 2015.