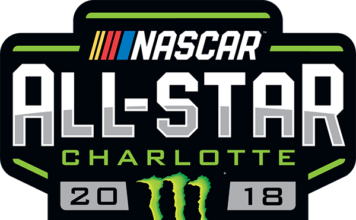 The Monster Energy All-Star race is scheduled to begin on Saturday, May 19 at 8 pm, ET. Live coverage can be found on FoxSports1, MRN and Sirius XM NASCAR Radio Channel 90.

ON HIS QUALIFYING EFFORT:
“Well, I had a blast. That is so much fun. I wish I would have had a little more practice on it, but I don’t know if I would have practiced if I would have done better than that. I thought I got in the box about as good as I could. We just had a little slip up on the pit stop and kind of hurt us a little bit. Hats off to these guys for not having any practice to get the car… I mean the car is driving good, so we will just go after it tomorrow night.”

JIMMIE JOHNSON, NO. 48 LOWE’S FOR PROS CAMARO ZL1 – Qualified
COMPARE WHAT WE SAW TONIGHT AND THIS AERO PACKAGE WITH WHAT YOU HAVE SEEN IN YEAR’S PAST:
“I’ve never been in anything like this. This is way different. I did have a few laps in a late-model stock car years and years ago, with the scale of this track and the power and just the way the car drives it kind of reminds me of that. Everything I’ve ever raced had way too much power, so this is a much different environment. It was very interesting to try to think through how to maximize my qualifying session here without any practice and without an attempt down pit road. I really didn’t have a clue how hard I could enter pit road and all those types of things or even how the car would stop for that matter. I feel like I did good on my side. Our stop was unfortunately a little slow, but we are all learning and just rolling the dice right now. Nobody knows what to expect.”

WOULD YOU WANT SOME PRACTICE TOMORROW?
“I mean they drive really, really good, so it’s not a safety thing. There is an argument that the more we have a chance to work on the less passing there is, you know the more equal we become. I’m up for either. It’s an impound so we’ve got what we’ve got anyway. So, again I don’t think it really changes anything for us, but we will see.”

“Our Bass Pro Shops Chevy was really good. I didn’t get to run any practice laps. So, I went back to my bus and just dug through all my notes for the past four or five years and read what braking points I’d used and my comments afterwards, and I feel like in practice here, I’ve always done a good job. When it came time for qualifying, I always chickened-out a little. And you always have a little more grip, as well. But, I walked out there before the qualifying started and I just picked out a point and I was like that’s what I’m going to stick with. And then (Kyle) Larson came over after Jimmie (Johnson) ran his lap and told me where he thought he was braking at and I’m like, well, that’s way beyond what I thought I was going to do. And, I just stuck to my plan. It worked out well.”

SOMETHING HAPPENED TO YOU WHEN YOU WERE EXITING PIT ROAD, WHAT WAS IT?

“Yeah, I’ve never had that happen before. My shoelace, the loop on my shoelace, got caught on the throttle stop, so when I went to let off to shift, it stayed wide-open. Which, you couldn’t have picked a better time in my career to ever do that because we’ve got less horsepower than we ever did. I did the John Force deal leaving, on accident because of my shoelace, and I guess it couldn’t have been a better time. It was a good effort except for the lugnut for the Caterpillar/Granger Chevrolet.”

YOU TOTALLY MISSED YOUR PIT STALL, BUT IT’S QUALIFYING FOR THE ALL-STAR RACE:
“Yeah, I had everybody to look at and see where they all were braking and I thought I would go a little deeper than most. I thought Jamie (McMurray) was braking about at the opening we were at and that is where I went and it wasn’t even close to getting to the stall.”

WHAT DID YOU THINK?
“It drove really good. I mean it should as slow as you are going. It drove really good. That was my first laps and it was simple and I came to pit road, simple and I just broke a little too late. My brakes didn’t actually like grip right away because they were probably cold because you don’t use them on the lap. The last thing you want to do is touch the brakes to slow any momentum down. When I hit them, they were cold and I just didn’t slow down for like the first bit I was on the brakes and then it started slowing down and I was fine after that. Just missed it a little bit right at the initial brakes.”

WHAT IS THE CHALLENGE THIS WEEKEND?
“I think probably just racing in the pack and kind of seeing how that is. Do we all race on top of each other? Or what happens? Do the cars change when they are like that or not? I mean by yourself, like I said, that was my first two laps on the track the entire day and anybody at this speedway could drive my car just as good as I just drove it. That is not the challenge. The challenge will be when everybody is grouped together and what that feels like.”