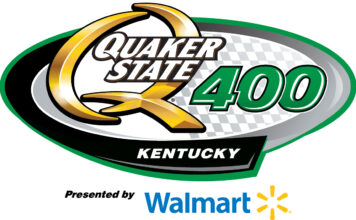 · Kenseth won the 2013 race after leading 38 total laps, including the final 24. His most recent finish at the 1.5-mile track was 17th last season, his only non-top-10 result at Kentucky.

· The 2003 NASCAR Cup champion also finished top-five in 2014 (fourth) and 2015 (fifth). His best qualifying effort came a year ago despite the finish, where he started third. His average finishing position at Kentucky is 6.9, while his average starting spot is 13.3.

· He also ran one Xfinity race at Kentucky and finished 36th in 2014 after starting fourth.

· Matt Puccia will call his seventh MENCS race at Kentucky on Saturday. In six career starts atop the pit box, Puccia’s best finish is 11th with Trevor Bayne in 2016.

Kenseth on racing at Kentucky:

“I’m ready to get back in the car this weekend and thankful for Performance Plus coming on board. Kentucky has always been a challenging track. It’s changed a fair amount since the repave, but still maintains a lot of the characteristics it always had. Turns 1 and 2 are very fast with a fair amount of banking, but Turn 3 is really flat with a very tight radius. I feel like the key there has always been to get Turn 3 right. If you can get your car to do what you need it to there, you will most likely have a good night. I’m anxious to hit the track Friday and get a feel for the improvements we have made the last couple of months.”

Recapping Daytona
Trevor Bayne restarted inside the top-five for an overtime finish at Daytona last Saturday night, but got clipped from behind in a multi-car wreck coming to the white flag. He finished 20th.

On The Car
Kenseth will run the black and yellow colors of Performance Plus this weekend at Kentucky. Performance Plus is currently in its third season as a primary partner in the MENCS for Roush Fenway. They spent one year with Greg Biffle on the No. 16 entry before switching over to the No. 6.

Official Release
Previous articleBluegrass State Next Stop for Roush Fenway Racing
Next articleHot 20 – Kentucky, where the thoroughbreds will run unless Stenhouse is moving at ramming speed