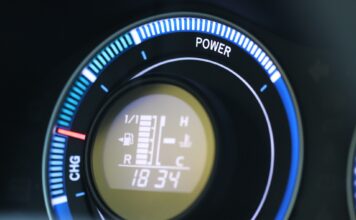 NASCAR’s races involve vehicles that have been fitted with V8 engines. Penske’s Brad Keselowski believes that this has to be retained in order to avoid the same criticism and resistance faced by Formula 1 after they decided to use V6 engines instead of V8 power plants.

On the other hand, he also puts across that hybrid are the next big thing for NASCAR. So, although the engine still relies heavily on old batteries and chargers, is hybrid power NASCAR’s next big thing?

So, why should NASCAR go hybrid?

As noted by Mr. Keselowski, there are several compelling reasons why NASCAR should go hybrid. Take a look at Formula E, investors there are digging deeper and deeper into their pockets with an aim of their individual companies being affiliated with electric vehicles once they are up and running.

Now, on the other hand, NASCAR manufactures have buried their heads deep in work trying to strip themselves of the V8 engines that only rely on gas, among other impractical engines that as a matter of fact, aren’t relevant in any way to the current technology.

NASCAR’s sport does heavily, if not fully rely on the success of their manufacturers. Actually, most of these sporting organizations cannot continue operating without their manufacturers. Keselowski acknowledged that he also does believe that hybrid vehicles are the next big thing and switching from V8 to a hybrid would help them accomplish a number of things.

First and foremost, it will allow them to engage their manufacturers in a smarter way that has never been witnessed before. Now, understand that at the moment, OEMs spend huge sums of money in racing and end up coming up with a few parts. However, to them, none of these parts are really mission-critical. Anyway, why should they go for the hybrid then? Now, that will be answered by one simple question. How would it be if NASCAR and OEMs were working together to come up with a new KERS-based hybrid? Yes, that’s why. How does switching to hybrid improve NASCAR’s racing experience?

Keselowski went ahead and touched on how switching to the hybrid would affect, rather improve racing in NASCAR.

Trying to explain how switching to the hybrid would affect the race, Mr. Keselowski used one case example. In the racetrack, there would be a moment of total silence when the drivers switch to the electric mode in the hybrid engines fitted in their vehicles in order to save gas.

That moment, that precious moment of silence should be eccentric for fans as it would totally take down the fence of useless noises for a few minutes. However, that very moment the race goes green, there will be firing from both the gas-powered and electric systems. Imagine how cool that would be.

Either way, based on the report received from Mr. Keselowski, hybrid engines are the future of NASCAR. Soon enough, you will be watching as racers switch from electric to gas in a bid to finish first on the race!