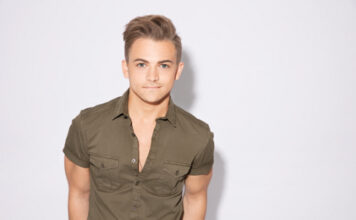 Pre-race performance set for this Sunday

MIAMI – Before the drivers start their engines for the Ford EcoBoost 400 championship race at Homestead-Miami Speedway this Sunday, Hunter Hayes will be revving things up with a pre-race concert. Hayes will be kicking off the action-packed race on the same front stretch where the Monster Energy NASCAR Cup Series champion will be crowned later that same day.

Hayes has been a part of the country music scene since his debut album, “Hunter Hayes” reached No. 1 on the Billboard’s Top Country Albums chart in 2011 and achieved the double platinum certification. Hayes followed up his first album by releasing “Storyline” in 2014, which also peaked at No. 1 on the Top Country Albums chart. In addition to his first two albums reaching No. 1, Hayes also released a third album, “The 21 Project” in 2015.

A native of Breaux Bridge, La., Hayes has had a total of 14 songs crack the Billboard Hot Country Songs chart during his music career. He has been nominated for five Grammy Awards, including Best New Artist, and won the CMA Award for New Artist of the Year in 2012, along with three BMI Awards.

“We’re ecstatic to have Hunter Hayes be a part of what will be an exciting day at Homestead-Miami Speedway,” said Homestead-Miami Speedway President Matthew Becherer. “Hunter Hayes has become a household name in country music and having him kick off the Ford EcoBoost 400 championship race with a pre-race concert is the perfect way to fire up the crowd. We are looking forward to Hunter’s show and can’t wait for him to give NASCAR fans an electrifying experience.”

“I am so excited to play a pre-race show for NASCAR fans,” said Hayes. “Being a fan myself it’s a thrill to have a day with fast cars and loud music. Two of my favorite things combined. The energy is going to be incredible.”

Homestead-Miami Speedway has been open since 1995 following an initiative to spur economic recovery in the aftermath of Hurricane Andrew. The Speedway, which was founded by Miami businessman, racing enthusiast and philanthropist Ralph Sanchez, is a 650-acre facility that features a 1.5-mile oval and 2.21-mile road course. The Speedway hosts on-track events nearly 300 days per year and generates more than $301 million annually for the region. In 2017, NASCAR crowned champions in all three of its national series at Homestead-Miami Speedway during Ford Championship Weekend for the 16th consecutive year (2002-17). Champions crowned at Homestead-Miami Speedway in 2017 were Martin Truex Jr. (Monster Energy NASCAR Cup Series), William Byron (NASCAR XFINITY Series) and Christopher Bell (NASCAR Camping World Truck Series). 2018 Ford Championship Weekend will be held November 16-18.

Official Release
Previous articleThe Final Word – The championship hopes of four were unable to rise from the ashes at Phoenix
Next articleDavid Pearson, NASCAR’s ‘Silver Fox,’ dies at 83