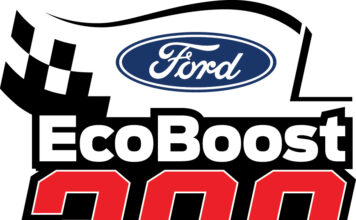 The NASCAR Xfinity Series wrapped up their final race of the 2018 season this weekend at Homestead-Miami Speedway. With everything on the line for the final four the action was sure to be at an all time high. After a season of many firsts, Boyd was ready to wrap up his first full-time NASCAR campaign.

After all the hard work the Grunt Style Gladiators have poured into the team all season, it was time for Boyd to give them one last ride for 2018. The green flag fell in Miami and the battle began.
Cole Custer jumped out to an early lead and absolutely dominated the early laps. Boyd struggled, fighting an extremely loose handling Grunt Style Chevy in stage one. The first stage went caution free and saw Cole Custer picking up the stage win. Despite Boyd fighting an ill-handling car, he still managed to pick a few positions in the stage.

Miller brought Boyd to the pits for four tires, fuel, and adjustments to help tighten up the Grunt Style Chevy. The second stage had a very similar look to the first. Boyd continually improved his lap times, although he still fought the handling of his race car. Cole Custer once again captured the stage win and Boyd managed to pick up a few more positions.

The final stage saw the lead cycle among multiple drivers, but ultimately it was the No. 9 of Tyler Reddick that rose to the occasion. The final stage went entirely caution free and Reddick soared to victory, capturing the win and the Xfinity Series Championship. Boyd fought hard all day and brought the Grunt Style Chevy home in the 30th position.
After the race Boyd reflected, “I’m just really thankful to have had the opportunity to wheel this No. 76 Grunt Style Chevy every week for Bobby Dotter and SS Greenlight Racing for my rookie year. I feel like I’ve learned so much and I’m excited to take what I’ve learned and apply it for next year.”

Boyd earned seventeen top 25 finishes throughout 2018 for SS Greenlight Racing. This included his career best finish of 17th at Daytona International Speedway in July. Boyd finishes out his 2018 rookie campaign with a 30th place finish at Homestead-Miami Speedway and will finish 26th in driver standings.