How Will Recent US Justice Department Guidance Affect Online Bookmakers? 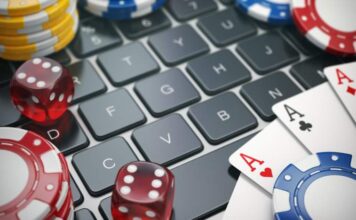 Many online bookmakers in the United Kingdom were up in arms about guidance given by the US Department of Justice that online gaming is illegal in all its forms. For of the biggest bookies in the UK took a huge hit on their shares on the news, including Paddy Power Betfair PLC, 888 Holdings, William Hill PLC and GVC Holdings. All four are publicly traded companies.

The opinion came from Steven Engel, currently a US Assistant Attorney General. The opinion seemed to completely reverse a previous opinion in 2011 that band all kinds of online betting except for sports betting. Engel stated in the opinion that the DOJ had come to the conclusion that the laws prohibiting online gaming were not limited to sports.

Engel also stated that he expects his opinion to be tested by the court system.

Although this news is just an opinion and does not cause any immediate changes in the profits of online bookmakers coming out of the UK, it disturbed many forward thinking investors who believe that the US may use the opinion to encourage more regulation over online gaming. The news seems to come in response to the conspicuous land grabs that have been occurring since May 14 of last year. On this date, the United States Supreme Court did away with a 1992 federal law that stopped the majority of states from conducting legal sports betting.

The move by the Justice Department is threatening many partnership deals that foreign investors were beginning to make in the American marketplace.

One of the most public gaming deals was made by GVC in conjunction with MGM Resorts International, a prominent Las Vegas operator of casinos. Under the current hospices of the deal, both GVC and MGM are placing US $100 million into the partnership. The deal is moving forward in spite of the Justice Department report, but investors are said to be watching it closely.

William Hill also put a substantial amount of money into the US market with a multibillion-dollar casino investment in September. Its partner, Eldorado Resorts, had plans to open five sportsbooks in their properties across three states. Eventually the plan was to move these sportsbooks into all 21 properties.

888 Holdings also faces potential censure from the Department of Justice opinion. The company recently spent $28 million buying out the rest of the stake in the All American Poker Network that it did not previously own. Before the move, 888 owned 47% of the Network. It now owns 100%. The move was part of a bigger strategy to obtain more digital gaming properties and market share in the United States. Most experts think that this plan is in jeopardy.

Finally, Paddy Power Betfair had created a recent partnership with FanDuel Inc, a top fantasy sports company, to the tune of $158 million in cash. FanDuel Inc had debts of $76 million, causing Paddy Power to contribute 100% of its US assets to pay it down. Paddy Power is also taking on the majority of risk in the partnership, with 61% ownership coming to the foreign company now and options for 80% and 100% ownership on the table. However, investors are questioning the veracity of such an agreement considering what the Justice Department has recently done.