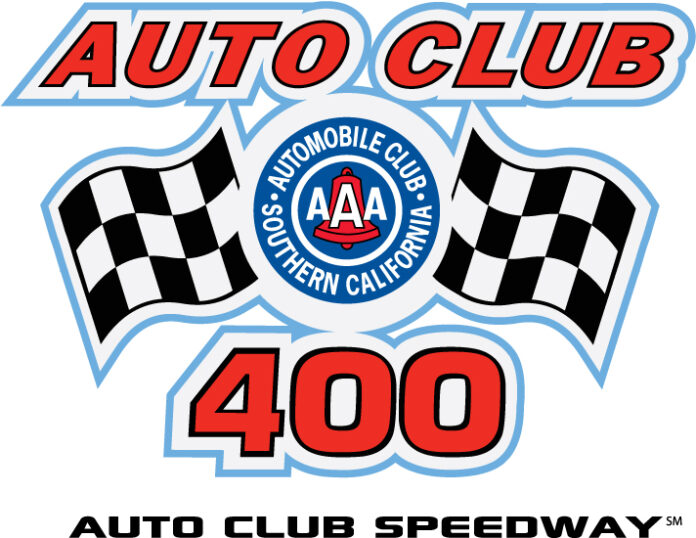 Brad Keselowski scored a third-place finish in the Auto Cub 400 Sunday afternoon at Auto Club Speedway. The driver of the Wurth Ford Mustang scored his third top-five in five races this season and moved up three positions in the MENCS driver standings, moving up to fifth-place, 29 points behind the leader.

Keselowski earned the 13th-place starting position in qualifying Friday afternoon. He struggled with the handling on the No. 2 Wurth Mustang during Stage 1 of the race. It didn’t help matters when he scraped the wall in Turn 2 on lap 42 while battling Ricky Stenhouse Jr. for 10th position. He was running 13th when the first yellow flag slowed the race on lap 57.

Keselowski pitted one lap later for four tires and repairs to the wrinkled right-side of his Mustang. He was credited with an 18th-place finish when the segment concluded on lap 60. Keselowski stayed out during the stage caution and restarted 11th when the race went green on lap 68.

During Stage 2, the Wurth Mustang came to life. Keselowski steadily worked his way through traffic, moving up to second-place by lap 87. He made a four-tire stop under green on lap 90, but excellent pit work by the No. 2 crew kept Keselowski hot on the trail of leader Kyle Busch. Keselowski finished second when the stage ended on lap 120. He pitted during the stage caution on lap 123 for four tires and adjustments and took the lead when Busch was penalized for excessive speed leaving the pits.

Keselowski held the lead for the next 38 laps, building up an advantage of nearly five seconds over his nearest rival. He made a scheduled pit stop under green on lap 161 for four tires and adjustments.

On lap 165, the complexion of the race changed when a caution came out before the green flag pit cycle was completed, moving Busch who hadn’t pitted, into the lead with Keselowski in third. A round of pit stops followed under caution one lap later with Keselowski getting four tires and lining up third with the race went green on lap 169, 31 laps from finish. He muscled his way into the lead on lap 170, leading the next three laps, before teammate Joey Logano and eventual race winner Busch found a way around him. Try as he might, Keselowski could get no closer to the front, crossing the finish line in third-place.

Quote: “We were really good and got to the lead there on that last run but I just couldn’t quite keep it there. It was a good effort by everyone on the Wurth team and we were right there in position to win the race. We gave it all we had. I got in front of him (Busch) and tried my best to hold him off but we just fell off too much.”

· Blaney started 10th in the 400-mile, 200-lap event and drove up to sixth-place after just five laps, utilizing the multiple racing lanes around the two-mile, D-shaped oval. He soon reported the balance of his No. 12 PPG Mustang was going to the tight side and slowly began losing positions, falling to 13th. Crew chief Jeremy Bullins opted for a short-pit strategy and brought Blaney to pit road on lap 27 for four tires, fuel and major air pressure and wedge adjustments. The strategy propelled Blaney back into the top-10 once the cycle of pit stops concluded. Blaney reported the balance on the No. 12 Mustang was much improved and began to make his charge forward.

· A caution late in Stage 1 for debris brought the majority of the leaders back to pit road on lap 58. Blaney reported his car was much improved from the first run, but was now loose on entry. Bullins made a slight air pressure air adjustment. Stage 1 finished with a one-lap run dash to the finish. Blaney managed to avoid the spinning car of Ricky Stenhouse Jr. in Turn 2 to finish ninth in the opening segment of the race.

· Blaney restarted seventh when the race went green on lap 68, quickly surging inside the top-five. He reported the balance on his Ford Mustang had swung back to the tight side, similar to the first run. Once again Bullins used a short-pitting strategy, calling Blaney to pit road on lap 91 for four tires and air pressure adjustments. The changes brought the car to life and Blaney scored a third-place place finish when Stage 2 concluded on lap 120. Blaney pitted for four tires, fuel and other adjustments during the stage caution.

· When the final stage went green on lap 127, Blaney continued to run inside the top-three, racing with teammates Brad Keselowski and Joey Logano in a Penske 1-2-3 in the running order. He reported that the balance of PPG Ford Mustang had fired-off loose initially, but built tight during the run. With his car on the neutral side, Blaney pitted on lap 160 for what would be his final stop.

· During the pit cycle, the caution came out for debris from Bubba Wallace’s cut tire. When the pits opened, Blaney stayed on the track because his tires only had a lap and a half of racing on them. Blaney restarted as the leader but could not hold off Logano, Keselowski and Kyle Busch. He fell to seventh position with 30 laps to go but rallied in the closing laps to finish fifth, fighting his way around both Denny Hamlin and Kurt Busch.

Quote: “We ran pretty decent all day. We just weren’t very good the first run but our PPG Ford Mustang got a lot better. We had a lap and a half on our tires when the caution came out. I thought if I could control the race from the front row and be the leader that I might be able to hold on because I thought our car was pretty good at the time. I was fourth by the time we got to turn one. I didn’t get a push. It took 10 laps for it to come in and by then we were eighth and drove back to fifth. We had a really fast PPG Ford Mustang, but just never got the lead or track position with equal tires and that hurt us.”

· Joey Logano and the No. 22 Auto Club of Southern California Ford Mustang had a solid afternoon at Auto Club Speedway in the Auto Club 400. Logano came home with a career-best runner-up finish at the two-mile Southern California oval. Logano claimed his third top-five finish of the 2019 season. He remains second in the MENCS driver standings, 15 points behind leader Kyle Busch.

· Logano started in fifth position but slipped back to 13th at the start of the raced as cars fanned out four and five-wide on the fast track. Despite the chaotic start and a tight Ford Mustang, Logano fought his way back to fourth as the first round of green flag stops began on lap 27. A caution on lap 57 set up a one-lap shootout to conclude the stage. When the green-checkered flew on lap 60, Logano and the No. 22 Auto Club of Southern California team came away with a second-place finish and nine valuable stage points.

· As Stage 2 began, Logano grabbed the lead for the first time passing Kyle Busch on lap 71. However, just one lap later, Busch passed Logano again and the driver of the No. 22 Ford Mustang settled into second. The Connecticut native would battle a tight condition throughout the second stage, dropping to fifth during green-flag pit stops. He would eventually finish fourth when Stage 2 concluded on lap 120.

· The tight-handling condition on the No. 22 Ford persisted as the final stage began, but Logano was able to maintain third position, chasing fellow Ford drivers Brad Keselowski and Kevin Harvick. Crew chief Todd Gordon continued to make air pressure and track bar adjustments to aid the tight condition. The adjustments allowed Logano to run up front and put on an exciting battle with Keselowski and Harvick for the race lead 30 laps to go.

Quote: “We were racing hard and no matter who got to the lead, the 18 (Busch) was going to pass us. He was the best car today. We have some work to do to get faster but the team did a great job today. We held strong today with the Auto Club Ford Mustang. You want to win at the home track of your sponsor. We gave it a solid run. The last few laps you are running up against the wall and he had a big enough lead to kind of cruise a little and you are just hoping a lap car gets in his way.”