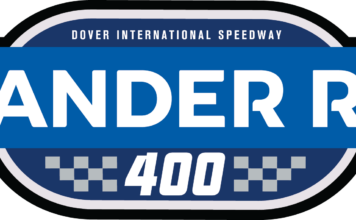 DOVER, Del (May 3, 2019) – For the sixth time in his Monster Energy NASCAR Cup Series (MENCS) career, Chase Elliott will lead the field to the green flag in Sunday’s Gander RV 400 at Dover International Speedway. It is the first pole at the famed track known as ‘The Monster Mile’ for the driver of the No. 9 NAPA Brakes Camaro ZL1. In single-file qualifying, Elliott ran a fast lap of 21.692 seconds, 165.960 mph.

The Hendrick Motorsports driver captured the 25th pole for Chevrolet at the 1-mile concrete oval, which also marks its 705th in NASCAR’s premier division, and the sixth pole for the Camaro ZL1 thus far this year.

Starting alongside Elliott will be teammate William Byron, behind the wheel of the No. 24 Axalta Camaro ZL1, to make it an all-Chevrolet front row for Hendrick Motorsports.

Kyle Larson qualified third in his No. 42 Credit One Bank Camaro ZL1 for Chip Ganassi Racing, and Hendrick Motorsports team member, Alex Bowman, was fifth in his No. 88 Nationwide Small Business Camaro ZL1.

Joey Logano (Ford) qualified fourth to round out the top 5 starters.

TALK ABOUT YOUR LAP AND WHERE YOU THINK YOU GOT THE EDGE OVER WILLIAM?
“I felt like I got a little tight in one and two and I was afraid that it wasn’t going to be good enough. But the car had a really good three and four. I haven’t seen the data yet so I really don’t know. If I had to guess, it would be that. I could be wrong because when I guess, I am usually wrong. But it was a great lap, I appreciate the effort, and it’s been a great week. Things can go south a lot quicker than they can go good. It’s just a starting spot, but we will try and take advantage of it with that good pit box on Sunday.”

DO YOU THINK THE MAIN REASON FOR THE SPEEDS SLOWING DOWN WAS THE WEATHER, FROM THE FIRST PRACTICE?

“Yeah, the sun is out now and shining and it was pretty hot. It was overcast and foggy all morning. When the sun comes out and all these other guys had practice all day, so its going to rubber down. When it rubbers down, its going to lose grip. That is just kind of part of it and luckily we were able to get a good one down before it got rubbered up too much.”

EVERYONE AT HENDRICK MOTORSPORTS SEEMED TO KEEP THEIR SPEED. DO YOU THINK THAT IS A GOOD SIGN FOR SUNDAY TOO?
“I hope so. Its better than the opposition. In the end, it’s just a starting spot but I haven’t had many poles, so we are definitely going to enjoy it. Good Fridays are better than bad ones. Having a good pit box at this place is……they are all important…. but at this place for sure. I think track position is going to be key so hopefully we can use it to our advantage.”

FOLLOWING THAT TALLADEGA WIN, HOW IMPORTANT IS IT FOR YOU TO HAVE THAT ALL HENDRICK FRONT ROW?
“It is great, but not only having an Hendrick Motorsports front row, but a Team Chevy front row. After all the Chevy work last week this is nice. So hopefully we keep going in the right direction. But again, Fridays are Fridays and Saturdays and Sundays are very different. You are just trying to go fast for two laps. We have a lot of work left to do this weekend but I am excited that we could get our NAPA Brakes Chevy on the front row and we will go to work.”