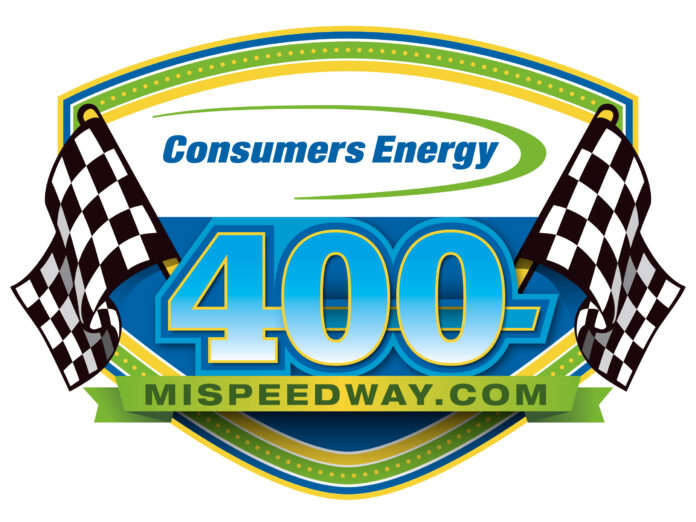 WAS THERE SOMETHING ABOUT THE TRACK CONDITIONS THAT ALLOWED YOU TO GET THE POLE TODAY?

“I think the track was in really good shape. I don’t know if there was anything that really favored up, mostly it was just the team doing a great job with the preparation and executing a flawless lap driving the car. Most of the credit goes to my team for sure.”

WHAT ARE YOUR INTERACTIONS LIKE WITH OTHER DRIVERS THAT HAVE SIMILAR OUTSIDE INTERESTS, SUCH AS YOUR OWN COMPANY YOU HAVE STARTED? “It is tough because it is an interesting position to be in as a race car driver because the people that maybe can relate to you the most are other race car drivers and they are also the same people that are trying to beat you and you are trying to beat them. So your communications with them are not always friendly or favorable. Sometimes they are, sometimes they aren’t. The relationship is always a little bit strained. I can’t say I have had a lot of communications about business stuff with those guys but I do respect that any of those guys that are successful running their own business with respect to trying to do that and balance their personal lives with their other job that has to take precedent of being a race car driver.”

DO YOU FEEL THE CARS BEHAVE DIFFERENTLY THAN BEFORE WITH THE PJ1 ON THE TRACK? “I would say that with the PJ1, I haven’t used it yet and I don’t expect it to come into play until tomorrow. Obviously it hasn’t come into play today. I don’t think anyone has made a lot of it. Generally speaking it will be much more impactful in the race than in practice and that is the intention of it, to offer alternative lines in the race. With that in mind it is TBD.”

WILL YOUR TEAMMATES ADJUST THEIR SETUP TO MATCH YOURS NOW? “I can’t really speak to what they are going to do with their cars but it is interesting because a lot of times we are similar and sometimes we don’t. I don’t always know. They might already be the same as us right now, or they could be way different. I don’t know exactly. Those decisions are in a different realm of control than my own.”

THROUGHOUT YOUR CAREER YOU HAVE HAD SOME INSTANCES WHERE YOU HAVE HAD ISSUES WITH ANOTHER DRIVER. SOME SHORTER THAN OTHERS. HOW MUCH CAN THAT STUFF WEAR ON A DRIVER AND DO YOU FEEL LIKE YOU HAVE MATURED ENOUGH TO BE ABLE TO HANDLE THAT WHEN IT IS YOUR TURN? “It wears on you as much as you let it wear on you. I think that is my first thought. Second, I would say that there are some drivers that handle conflict incredibly well and there are some that don’t. I have never considered myself to be the best at it. I will be honest, I do look at videos of guys like Dale Earnhardt. He was in so many situations of conflict and they were easier to deal with in his time and age because of the lack of social media and lack of 24-hour news cycle and things of that nature. But then on the flip side he was a master at dealing with it. So I think you look at those guys and you think that probably parlayed into some of the success of his career so you would be a fool not to study and try to learn from it. In today’s landscape it is harder than ever to handle for sure.”

QUESTION INAUDIBLE: “It was always easier earlier in my career when I was lesser known and social media wasn’t like it is today. I would say that lucky is one way of putting it but thankful is another. But it certainly, social media has changed our sport. There is no way around that. We are in a sport where the teams are reliant so heavily on commercial partnerships and sponsorships and having social media means you have to be more careful because there are more voices and those angry voices are 100 times louder than the happy voices. Sponsors really take that into account. It is a double edged sword.”

YOUR TWEET FROM DAYTONA IGNITED AND PUSHED THINGS FORWARD REGARDING SOCIAL MEDIA IN NASCAR. SOME OF THOSE THINGS PROBABLY WOULD HAVE HAPPENED EVENTUALLY BUT DO YOU FEEL LIKE IN SOME SENSE THAT IS PARTLY ON YOUR SHOULDERS? “I think that is a fair way of putting it. I maybe pushed it forward but not by much. It was going to get there anyway. NASCAR was going to make the investments and do the things they have done to be successful as it is now. I am careful not to take too much ownership or blame. Maybe I am deflecting blame, I don’t know. I am thankful to be a part of it in some small way and I got to ride a little bit of the wave which was fun. Who knows where it will go from where it is today. I imagine 10 years from now that the story of social media will not be what it is today. If I knew what it will be I would be in Silicon Valley and making trillions of dollars. With that in mind, it is an interesting time to see how those things affect our sport and they certainly are affecting our sport.”

WHAT IS IT LIKE TRYING TO BALANCE PUTTING YOUR ALL INTO RACING HERE WHILE NOT PUTTING TOO MUCH INTO IT? “This race track means a lot to me for a lot of reasons. With family and friends and being my home track, closest to my home, you just want to impress. You want to do a good job in front of your family. You want to kind of show them what you are made of and make them proud. That does put a lot of pressure on yourself and I think most drivers would say they fall into that category. At the end, I look at it now and I made my Cup debut here 10 years ago and I look at those times now and I think of how fortunate I was to make it in the sport. It was a much more difficult time to be a rookie in Cup than it is now. But I am still thankful I had that opportunity and could make it to this position.”

HOW MUCH DOES BEING ON THE POLE MATTER HERE? HOW MUCH DOES IT NAG ON YOU THAT YOU HAVEN’T WON HERE YET? “Nag is the right word, it definitely nags on me. The advantage of being the pole sitter is really dependent on how the yellows fall and the pit strategies fall. It can be a huge advantage if the race has a lot of yellows but if the race doesn’t have many yellows it can be maybe a slight disadvantage with pit stalls and things of that nature. It plays out to how the strategy unfolds as much as anything else.”