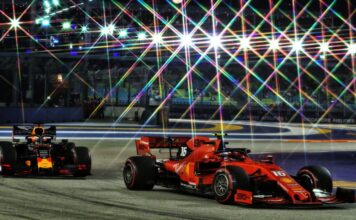 Charles Leclerc captured the pole position for Sunday’s Formula 1 Singapore Airlines Singapore Grand Prix 2019 with a final lap of 1 minute 36.217 seconds.  This was his fifth pole of the season and his third in a row for Ferrari.

Formula 1 is became very popular in the past few years, and more and more fans are even placing a bet on the driver that they believe in. By doing so, they get the chance to be involved in the race and emotionally attached to the race. There are many pundits that offer professional reviews and tips and more users are interested in Singapore Grand Prix betting. Many things can be predicted as statistics come to play. The pundits behind these betting odds and predictions are usually very experienced and have a high success rate of their predictions. Now, let’s take it back to the lap.

“What a lap.  What a lap.  I lost control three times” radioed the 21-year-old Monegasque driver.

The 21-year-old Monegasque driver now leads the Mercedes man and Valtteri Bottas for most poles this year.

Notes: Perez drops five grid places for an unscheduled gearbox change and Daniel Ricciardo disqualified for his car exceeding the MGU-K power limit.  He was allowed to race at the stewards’ discretion.  He also received a 10-place grid penalty for exceeding his quota for power unit components

The race will be the fifteenth round of the 2019 Formula One World Championship and will mark the twentieth running of the Singapore Grand Prix and the twelfth time the race was held at Marina Bay.

The race under artificial lights start at midday GMT (8 pm local time), which is the standard time for European Grands Prix, moderating the extreme daytime apparent temperature in the tropical climate. Even so, cockpit temperatures can reach 60 °C (140 °F).