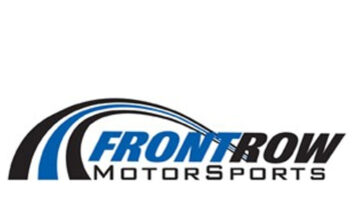 Carrying on the family tradition, Todd Gilliland will drive the same Black’s Tire paint scheme that his father David competed in throughout his career

Black’s Tire has a long-standing history in NASCAR, and more specifically, with the Gilliland family. Aside from carrying on his family’s lucrative history of driving the No. 38 this season, Gilliland will proudly become a second-generation driver to carry the Black’s Tire colors. The Ricky Benton-owned company has sponsored Gilliland’s father, David, in numerous races throughout his career in both the NASCAR Gander RV & Outdoors Truck Series and the NASCAR Cup Series. The elder Gilliland drove the Black’s Tire Ford in his most recent NASCAR Cup Series start in the 2018 Daytona 500, where he went on to collect a 14th-place finish. The paint scheme on the younger Gilliland’s F-150 will resemble the one that his father drove. He will also be donning a firesuit that mirrors what his father wore during his years representing Black’s Tire.

“It means a lot to me that Black’s Tire is coming onboard in 2020,” said Todd Gilliland. “It’s really cool to see Ricky Benton’s passion for racing. I’ve spent a lot of time around him and everyone at Black’s Tire when my dad was racing for them, and they are all great people. It’s special that they believe in me and want me to carry on the legacy of representing Black’s Tire. I’m looking forward to having multiple opportunities to get them to victory lane this season.”

The third-generation racer will be taking on his third season in the NASCAR Gander RV & Outdoors Truck Series as he transitions to the Ford Performance family with Front Row Motorsports. In 48 starts, he has one win, 12 top-five and 26 top-10 finishes. In his earlier years, Gilliland spent time developing in NASCAR’s regional series, where he became a two-time ARCA Menards Series West Champion and collected 20 wins in 53 combined ARCA Menards Series East and West starts. The 19-year-old driver also has two ARCA Menards Series wins under his belt, with his most recent occurring last fall at Talladega (Ala.) Superspeedway.

“David (Gilliland) has proudly represented Black’s Tire and our race team in the past and we are thrilled to bring Todd into the family,” said Black’s Tire and Auto Service owner Ricky Benton. “With a driver with his pedigree and the race-winning experience of FRM, I look forward to joining the team in victory lane this year.”

Gilliland and the No. 38 Front Row Motorsports team will kick-off the 23-race NASCAR Gander RV & Outdoors Truck Series season opener at 7:30 p.m. ET on Feb. 14 at the famed Daytona International Speedway. Live coverage of the event will be broadcast on FS1.

ABOUT HIGHLAND CONSTRUCTION AND RESTORATION: Founded in 1981, Highlands Construction is a North Carolina-licensed general contractor specializing in fire and water restoration. For nearly 40 years, Highland Construction served thousands of businesses and homeowners. The company is based in Fayetteville, with offices in Wilmington and Raleigh N.C. Learn more at highland-inc.com. Follow Highland Construction on social media: Twitter at @TeamHighland, Instagram at @TeamHighland and Facebook at facebook.com/HighlandFayetteville.

ABOUT FRONT ROW MOTORSPORTS: Front Row Motorsports (FRM) is a winning organization in the NASCAR Cup Series. The team was founded in 2004 and is owned by successful entrepreneur, Bob Jenkins. FRM fields two full-time entries – the No. 34 of Michael McDowell and the No. 38 of John Hunter Nemechek – from its Mooresville, N.C., headquarters just outside of Charlotte. In 2020, the team announced an expansion to include the No. 38 Ford F-150 in the NASCAR Gander RV and Outdoors Truck Series, driven by Todd Gilliland. Visit teamfrm.com and follow FRM on social media: Twitter at @Team_FRM, Instagram at @team_frm and Facebook at facebook.com/FrontRowMotorsports.