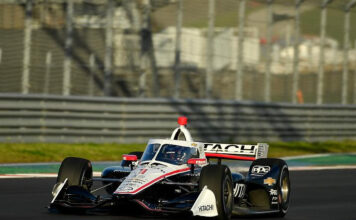 DETROIT (March 11, 2020) – Amid NTT INDYCAR SERIES changes entering the 2020 season, the constant for Chevrolet personnel, teams and drivers is consistency of execution that produces victories.

Chevrolet also welcomes the two-car entry from Arrow McLaren SP Motorsports. The SP part of the team – co-owners Sam Schmidt and Ric Peterson – has been a mainstay on the grid, but it is the first time since 2002 that it has utilized Chevy power.

Chevrolet’s successful 2019 season encompassed nine victories and nine pole starts in the 17 races. Since returning to INDYCAR manufacturer competition in 2012, Chevrolet has amassed 82 wins and 92 poles in 135 races along with six Manufacturer Championships.

“Chevrolet and our Bowtie teams and drivers are excited to get back on-track and begin the competition for another successful season in the NTT INDYCAR SERIES,” Chevrolet Racing engineering program manager Rob Buckner said. “While we are extremely proud of our previous success with manufacturer and driver championships plus Indianapolis 500 wins, the streets of St. Petersburg is the beginning of a new campaign. The open dialogue and cooperation with our partner teams as well as the technical partners that contribute to the Chevy IndyCar program have worked tirelessly to get ready for this opening weekend. There are some unknowns with the new Aeroscreen, but we’ll work with teams to get the optimal performance. We’re looking forward to another strong season.”

Building on that foundation is the focus of every Chevrolet engineer, team member and driver. Chevrolet has won six of the eight races and corralled 15 of the 24 podium finishes on the 1.8-mile, 14-turn (5 left, 9 right) St. Petersburg temporary street circuit since the Bowtie Brigade returned to open-wheel racing manufacturer competition.

“We have a similar approach every season of trying to prepare as best as possible,” said Newgarden, whose St. Petersburg ’19 victory was a springboard to his second driver title. “We (Team Penske drivers) feel pretty similar about where our weaknesses were, strengths were. We try and improve on that, just make ourselves better in all areas for the next season.
“We have the same goals. We need to try to win the Indianapolis 500 as a team, same thing with the drivers’ championship.”

Bourdais and Team Penske’s Will Power, driver of the No. 12 Verizon Team Penske Chevrolet, are two-time winners at St. Petersburg. They are tied for sixth on the all-time Indy car victory list with 37. Al Unser (39) is fifth.

Added Pagenaud, who swept the Month of May races at Indianapolis Motor Speedway last year: “It’s going to be a very exciting season with a lot of very strong teams and new kids coming on. We’ll see what we can do.”

First-year drivers in Chevrolet-powered cars for the full season include 2019 Indy Lights champion Oliver Askew in the No. 5 Arrow McLaren SP Motorsports entry and Rinus VeeKay, who recorded 16 wins on the three stages of the Road to Indy ladder in 2017-19, in the No. 21 Sonax entry for Ed Carpenter Racing. Ben Hanley, who made three starts for DragonSpeed in 2019, and sports car veteran Felipe Nasr, driving the No. 31 Carlin Chevrolet in the opener, are also listed as rookies.

Conor Daly will take the controls of the No. 20 U.S. Air Force Chevrolet for Ed Carpenter Racing on road and street course, while the team owner will compete on the five ovals. Second-year driver Patricio O’Ward, the 2018 Indy Light champion, will team with Askew at Arrow McLaren SP.

AJ Foyt Racing will have veteran Charlie Kimball behind the wheel of the No. 4 Tresiba entry for the full season. Bourdais, Kanaan and Dalton Kellett will share duties in the No. 14 Chevrolet. Kanaan, who will drive in the oval races in his final season of NTT IndyCar Series competition, will reach 382 starts – second to Mario Andretti’s record 407 – by competing in all five.

Max Chilton returns to the No. 59 Gallagher Carlin Chevrolet for road/street courses while Dreyer & Reinbold Racing with Sage Karam in the No. 24 Wix Filters Chevrolet enhanced its part-time schedule by adding St. Petersburg.