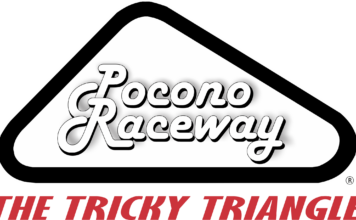 Chase Briscoe won his fourth race of the 2020 NASCAR XFINITY Series season with today’s victory at Pocono Raceway. His other wins have come at Las Vegas, Darlington and Homestead.

CHASE BRISCOE, No. 98 HighPoint.com Ford Mustang — VICTORY LANE INTERVIEW — “We were really not that good at the beginning. We kind of struggled and didn’t have the speed I really anticipated us to have here, and then Zippy and the guys just kept working on it and kept getting it better and better. We had the lead there after I sped on pit road and I was a little worried, but, fortunately, a lot of the good cars got tore up, so that made it a little bit easier to get back through the field. And then me and Ross, it was pretty fun. He’s always one of the hardest guys to race against and pass, and just really cool to get HighPoint.com here in Victory Lane. This is their home track. I was at the Mendiburu’s family house last night, so it’s pretty cool for them to win at their home track, so I know it means a lot. It’s cool to get all of our partners in Victory Lane — Ford Performance Racing School, Fields, Dell Production Alliance Group, Go Bowling, Huffy Bicycles. We’ve got a lot of really cool partners and we’re halfway to eight, so hopefully we can keep going.”

WAS THERE CONCERN WHEN ROSS GOT BY YOU ON THE OT RESTART? “Yeah, a lot of concern. Ross, I felt like if I picked the bottom I could have maybe slid him, but I was really tight and I was worried if I went to the bottom I would get too tight on exit and when I was catching Ross I knew his trouble end was the tunnel turn. He was just so loose, so I just tried to use that to my advantage. I knew that was my one spot where I could probably make a pass and it was fun. We raced clean the whole time and it’s always fun when you can do that.”

HOW DIFFICULT IS IT HERE AT POCONO TO MAKE SURE YOU GET EVERYTHING OUT OF IT? “It’s really tough and especially with no practice. Anytime you come here if you’re car is driving perfect, well, it’s never driving perfect in all three corners. With no practice it made it really tough and we did a really good job of getting our car good, and at least to where I could drive it good at the end. Playing chicken here, that’s the key to it. When you’re side-by-side with a guy getting specifically in turns one and two, you’re on pins and needles seeing who is gonna lift first. Ross, I knew was gonna probably be the last guy to lift and typically I’m one of those guys too, so I knew it was gonna be tough, but really cool to race those guys and do it clean. That’s the main thing.”

YOU’VE NOW WON TWICE WITH ZIPPY ON THE BOX. HOW HAS THAT BEEN? “It’s pretty cool. Growing up a diehard Smoke fan, I was a fan of Zippy, but none of them would even top winning at Indy with Zippy. I think that would be the absolute coolest thing for me to win at Indianapolis with Zippy and we have really good momentum. I feel like we’re gonna have a really good car next week, so hopefully we can kiss the bricks and kissing them with Zippy would be pretty cool, but, obviously, just another testament to Boswell and all the guys that aren’t here at the racetrack right now. They’re the guys preparing the car back at the shop. Zippy is coming in and calling the race and doing a really good job, but Boswell is still the key aspect of this team and he’s done a really good job of getting the cars driving good and getting us up front.”

AUSTIN CINDRIC, No. 22 MoneyLion Ford Mustang — “It seemed like a couple of cars in front of me were checked up. The 9 was sliding off the bottom lane and I don’t know if he got into the 21 or the 21 hooked him. I don’t know. Either way it caused a big pile-up. We were obviously on the front side of our strategy. We had an incredibly fast MoneyLion Ford Mustang all day. We were able to cut through traffic when we needed to and just the wrong place, wrong time. It really stinks. I feel this is part of the long list of races where I feel like we should have contended for the win and here I am early, so it stinks but that’s racing.”

WALK US THROUGH IT. “It seemed like the 9 got loose on the bottom and whether he cut off the 21 or the 21 got into him, either way, it caused a big pile-up and we were right there. I found a gap and the gap was the car against the wall, so there wasn’t a whole lot to do, unfortunately for us. Obviously, we had an incredibly fast MoneyLion Ford Mustang. I feel like I’ve said that the last couple weeks. I hate being out of the race early, but I also hate having a race-winning car and not being able to capitalize on it. I feel like that’s been the story of our last couple weeks and you just can’t let it get to you, but it’s frustrating. We’ll go to Indy, a hometown race for our team and I’m looking forward to that.”