The No. 10 Konica Minolta Cadillac DPi-V.R Celebrates Fourth of July with Return to Racing 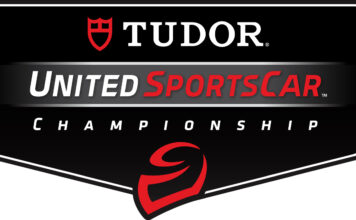 The two-day race weekend’s condensed schedule saw opening practice take place on Friday evening, followed by a jam-packed Saturday that included practice, qualifying and the sprint race. The full-time drivers of the No. 10 Konica Minolta Cadillac DPi, Ryan Briscoe and Renger van der Zande, battled extreme temperatures and Florida thunderstorms throughout the event, including a major downpour just prior to the start of the race.

“It’s of course really disappointing,” said team owner Wayne Taylor. “We knew we didn’t have the speed, so we took a gamble starting off the race with slick tires. We thought we could make it up with fuel consumption and end up on podium. The track was wetter than anticipated and we unfortunately lost too much time. With no cautions, we were unable to lean on strategy. We took a chance and this time, it didn’t pay off. Congratulations to Mazda, they seemed to be able to put the car anywhere they wanted to on the track. We are still just a few points from the lead in the Championship and Sebring is in two weeks. We will come back strong.”

“It’s fantastic being back in a race car with Wayne Taylor Racing,” commented Renger van der Zande. “We made the decision to start on slicks which was the right decision, but from then on we had a different strategy from the rest of the top-five. There were no cautions which stacked the numbers against us throughout the entire race. We’re here to win races, but also to win a championship. We still have several races to go which means a lot more points to grab and pull it our way.”

“It was an interesting race,” said Ryan Briscoe. “We started in wet conditions and took the choice to start on slicks which was really tricky at the beginning of the race. In the short term it was the right decision. But, ultimately with the way the fuel windows worked it put us in a difficult place. We committed to a three-stop strategy where we had to fuel save and run on older tires. It turned out a be an uneventful race at the end where we were just saving fuel. Hopefully at Sebring we can be in full attack mode and push hard for passes. It was really fun to be at the track and to be racing, so you can’t complain about that. The race just didn’t go our way today, but we’ll move on and keep pushing.

The No. 10 Konica Minolta Cadillac DPi-V.R is currently second in the IMSA WeatherTech SportsCar Championship standings with 60 points and leads the Michelin Endurance Cup. The season continues in two weeks at Sebring International Raceway for the Cadillac Grand Prix of Sebring on July 18th.
About Konica Minolta
Konica Minolta Business Solutions U.S.A., Inc. is reshaping and revolutionizing the Workplace of the Future™ with its expansive smart office product portfolio from IT Services (All Covered), ECM, Managed Print Services and industrial and commercial print solutions. Konica Minolta has been recognized as the #1 Brand for Customer Loyalty in the MFP Office Copier Market by Brand Keys for twelve consecutive years, and is proud to be ranked on the Forbes 2017 America’s Best Employers list. The World Technology Awards recently named the company a finalist in the IT Software category. Konica Minolta, Inc. has been named to the Dow Jones Sustainability World Index for eight consecutive years. It partners with its clients to give shape to ideas and work to bring value to our society. For more information, please visit us online and follow Konica Minolta on Facebook, YouTube, Linked In and Twitter. Konica Minolta, as title sponsor, highlights Wayne Taylor Racing’s existing lineup of partners that also features Cadillac V-Performance Racing, AMETEK Electronic Systems Protection (ESP /SurgeX) and Powervar, and CIT.