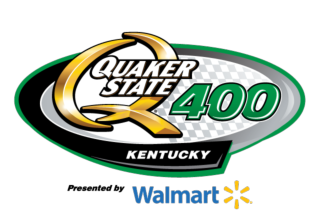 TEAM CHEVY NOTES AND QUOTES:
KURT BUSCH, NO. 1 MONSTER ENERGY CAMARO ZL1 1LE – Finished 5th
“We ran strong, we raced tough. We weren’t quite able to rekindle last year’s success, but a top-five is solid. Thanks to Monster, Chevrolet and the everyone on this No. 1 team. Looking forward to seeing everyone Wednesday night in Bristol go the All- Star Race!”

TYLER REDDICK, NO. 8 CATERPILLAR CAMARO ZL1 1LE – Finished 10th
“Races like today are ones we need to get ourselves into a Playoff spot in the next few weeks. We really had to fight for our top-10 finish today at Kentucky Speedway. Our No. 8 Caterpillar Chevrolet Camaro ZL1 1LE was really tight for most of the day, but freed up almost too much in the final few laps. My team kept after it all day, and we were able to get up into the top 12 during Stage 2 after some pretty big swings on a couple adjustments. We got shuffled back in the field during the stage break between Stages 2 and 3 when we hit pit road thinking more cars behind us would follow. Unfortunately, they didn’t so we had to fight up through the field one more time, while also being smart and not getting in any situations that would end our day early. We were able to do that today and grab a top-10 finish with a car we struggled with, so that’s a positive. I know spots in the Playoffs are starting to dwindle down, so we’re going to have keep picking it up. Top-10 finishes are going to help us, but we’re in a very volatile spot in the standings where things like today could happen and drivers behind us in points could win and lock in a spot. We’ll stay aggressive and not let points get away from us as we get down to the final races of the regular season.”

AUSTIN DILLON, NO. 3 RIGUP CAMARO ZL1 1LE – Finished 13th
“Well, I feel really stupid after spinning out trying to avoid the orange box. I did make it – it gave us some big, important track position, but it killed the splitter in the process. It kind of separated hitting the wrong way, so we were just super tight there at the end. We were able to make some of probably the best restarts of my career. Eleventh to fifth on that one and just holding on hoping it would go green to the end running ninth. Had that last restart – had another good one, but it kind of got choked up on the bottom that time. Everybody kind of bogged down and couldn’t continue the momentum. And then us being tight, we were just kind of sitting ducks.”

“P-13. Proud of the guys. We had a really fast race car today, just wish I wouldn’t have overreacted there. The apron just kind of shot me towards the wall. Luckily, we didn’t get t-boned. But solid day for all of that. Man, I think we could have in a position to possibly win if we would have maintained that track position that we got on that second-to-last restart. But all-in-all, I have to thank RigUp, everybody that helps this No. 3 RCR team. Solid day – we’ve got some good stuff ahead of us. I’m looking forward to Texas. We’ve got the Open this week. We’ll do what we can do to get in there. We’ll work hard!”

TY DILLON, NO. 13 GEICO CAMARO ZL1 1LE – Finished 16th
“Solid 16th-place finish today at Kentucky. That’s two top-16s in a row, which is awesome. I’m so proud of our GEICO Racing team and we are going to keep digging and building on these consistent finishes. We are learning a lot and definitely getting better. Our team is going to go after it this second half of the season.”

ALEX BOWMAN, NO. 88 CINCINNATI CAMARO ZL1 1LE – Finished 19th
“That is just one of those things. We had a great car today. A big thank you to everyone on this Cincinnati team and everyone at Hendrick Motorsports for putting this car together. We battled some tight conditions there at the end, but overall, we had a decent day. I hate it that we didn’t get Cincinnati the finish they deserve, but we will come back strong this week with two races.”

MATT KENSETH, NO. 42 CLOVER CAMARO ZL1 1LE – Finished 25th
“A tough day again for us after a couple of good weeks. The Clover Chevy was pretty fast, and we were able to work our way up into the teens after starting in the back. The conditions today were really tough; probably the toughest I’ve raced under, and passing was pretty difficult with the track conditions and rules package. But, we were making our way towards the top-10 when a miscue in the pits resulted in a broken valve stem that caused the left rear to go down and put us a lap down. We finally got the lap back towards the end of the race and I took a ride through the infield off of turn 4 trying to get all I could get. So, a disappointing day, but I’m really encouraged by the speed we had in our Camaro, which was probably the best mile and half car I’ve raced. Just need to have mistake free days to be able to take advantage of fast cars.”