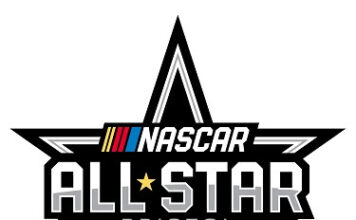 · NASCAR will make history Wednesday when it heads to Bristol Motor Speedway for the All-Star Race for the first time. Outside of the 1986 event in Atlanta, the race has been held in Charlotte. However, due to ongoing implications from COVID-19, officials moved the event to ‘The World’s Fastest Half Mile’ for the 2020 event.

· The Open event, which Buescher will participate in, will have three stages. The first two will consist of 35 laps, with the final stage running 15 laps. The winner of each stage as well as the winner of the All-Star Fan Vote will advance to the main event.

· New to the event in 2020, car numbers will appear farther back on the side panels of the cars. The change will put each car’s primary partner now in the center – below the door – with the number shifted to just in front of the rear tires.

· Also new to the All-Star Race is the choose rule, a method used commonly throughout the grassroots levels of racing for restarts. When drivers approach a designated spot on the track, they must commit to the inside or outside lane for the restart. Failure to make a clear choice or changing lanes after the designated spot will result in a tail-of-the-field penalty. This is different from the current double-file restart system, where only the race leader chooses his lane. Having the rule for the All-Star Race gives every driver the ability to make his own decision, and strategy will come into play in every instance.

Buescher Historically in the All-Star Race

· Buescher has one start in the All-Star Race, which came in 2017. He was eligible for that race after winning in 2016 at Pocono, his lone win in the Cup Series to date.

· Buescher finished 17th in the 2017 All-Star event. His best finish otherwise in The Open came in 2018 when he crossed the line fifth. Last season he was knocked out of competition early due to a mechanical issue.

· Overall at Buescher’s favorite track, he has one top five, which came in the 2016 summer event. He most recently finished 23rd this spring at ‘The World’s Fastest Half Mile.’

Luke Lambert in the All-Star Race

· Lambert will call his eighth All-Star event Wednesday night, after five with Ryan Newman, one with Jeff Burton, and one with Daniel Hemric a season ago. Lambert’s best All-Star finish came with Burton in the 2013 event, finishing third.

QUOTE WORTHY
Buescher on racing in the All-Star:
“I’m very excited to see this exhibition event from Bristol. It’s by far my favorite track we go to, and this format at a short track will only make the stakes higher. Everything new, the underneath lighting, choose cone rule, new schemes, should be an exciting thing for our sport and we’re looking to put on a show Wednesday in our Fastenal Ford.”

Where They Rank
Buescher is 21st in driver points through 17 events, but within seven points of the 19th spot.

On the Car
Fastenal celebrates its 10th season with Roush Fenway Racing in 2020. The Minnesota company spent three years on the No. 99 before jumping to the No. 17 Cup Series entry, and were the primary partner on the No. 60 Xfinity team that captured the owner’s championship in 2011.

Honeywell, Rustoleum, Dewalt, Walter Surface and JET (JPW) will ride aboard the No. 17 as Fastenal Racing’s featured suppliers Wednesday at Bristol.