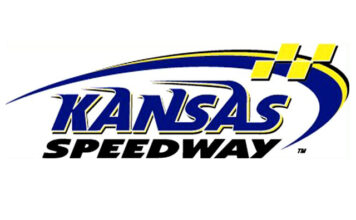 KANSAS CITY (July 22, 2020) – Joe Gibbs Racing driver Harrison Burton was made available to media via videoconference in advance of the race at Kansas Speedway:

As you look ahead, you will be making your second career start in Xfinity at Kansas Speedway on Saturday. How do you look at Kansas?

“We have had really fast race cars here recently and have not been able to capitalize on them like we want to. Last weekend, we kind of made a right step in that direction. We still got beat by our teammate, Kyle Busch, but I felt like we could get better and hopefully come out on top next time. We have a fast race car and I know we can best that average finish.”

“It’s a super tough racetrack, with the biggest thing being that its multiple grooves, so if someone is faster than you a lot of times it’s because they have found something that you have not found yet and you are going to have to try to get on that bandwagon to try to run them down. The hardest thing about is just going back and forth between the top and the bottom and seeing what’s faster and you have to really keep tabs on what everyone else around you is doing, because it all adds up with the field as tight as Xfinity has been recently – with a bunch of different winners and people that get hot and cool back off – you better be on your game or you will get beat.”

How much of a relief was the finish in Texas for you and your teammate, Brandon Jones, after a pretty miserable month run for the organization as a whole?

“It was definitely a relief to get a good run in. The hardest thing was going through that and knowing that my guys were building fast racecars. Talladega we a crash that I think was my mistake I think – not necessarily the crash itself but because of the situation I put us in by losing track position and then you are racing in the back of the pack and you put yourself in an opportunity where you could get in a crash, so I feel like that one was my fault. In Pocono, we had an oil deal, and a whole bunch of stuff that kind of stacked up against us, but I still felt like we were building fast racecars – bringing fast race cars to the track. There is a positive and a negative to that. The positive is you are going to show up to the track the next week and have a shot to win, but the negative is you feel like you are letting your guys down and it’s tough. So when you can finally get the momentum rolling, get good stage points, things like that – get rolling in the right direction, it’s definitely a huge positive for the whole organization – me and Brandon, I think we both finished not necessarily where we wanted to – we could have been better, but I was happy to at least get a finish in that was good and get some good points.”

After the incident with Noah Gragson, have you spoken and how do you race him going forward?

“I think the hardest thing about that is you both have an understanding of where the other person is coming from, but you both feel like you are right. You both feel like you are in the right and so moving on, I don’t expect to race Noah (Gragson) any differently than anyone else because I race everyone as hard as I can. I’m trying to just race everyone the same, and hopefully I get that same respect back. I felt like I didn’t in that certain instance, so that’s why I was frustrated and mad. In Texas, we raced around each other, and it was a non-issue. It wasn’t something I was too worried about. You just have to move on (inaudible). I think it’s a good learning experience for everyone.”

“For me, that was my first actual fight on pit road. I have got in people’s face and they have come at my face and things like that, but not an actual fight, so that was first for me. Looking back on it, you have to laugh about it, you have to enjoy it. I saw some fans put some funny things on Twitter, and things like that, that maybe a couple of years ago, maybe even last year, would have bothered me. But now, I just laugh it off. It’s a hard place to be when you are kind of in the center of conflict. It always seems like it grows after the event. Me and Noah, we fought, that’s it, we are just going to move on and be alright, and then all of a sudden, you realize it’s a lot bigger than that. I was on SportsCenter for not the reason I want to be on SportsCenter. There’s maybe a couple of things that I maybe would have done differently, but I’m still really proud of how I stood up for myself and I’m really proud that my team had my back in that situation.”

Was there a specific reason for the success at Texas?

“I think just the rhythm of things. There’s not necessarily one reason why we had instances where I made a mistake, or we got put in a bad situation. I think there’s a lot of uncontrollables in racing and guys that can move on from that and get better from those situations where you have to control what you can control, that’s all you can do. The guys that understand that I think have successful, really consistent careers. I think that maybe I got too wrapped up in – we wrecked Talladega, we wrecked Pocono, and then it’s like ‘man, we’ve got to win or we’ve got to make up for that right now,’ but really you cannot control what happened in the past. You cannot control why it happened. You just have to move on. I think that was a lesson for me and my race team, and now we have a lot of fire in our organization, and everyone is fired up. We are ready to go. I think the biggest thing is having speed and being thankful for that, and then trying to execute. It’s so hard to put a full race together and win. That’s our goal every single weekend, so it’s a bittersweet thing. Knowing you have a chance to win every weekend is awesome, and something that I would never trade for anything, but there’s also the downside of when you don’t, it’s a disappointment.”

Do you feel like the racing in the Xfinity Series has been more aggressive than other years?

“I don’t know. I race Xfinity last year, and I seemed to always be in a controversy too last year. Me and (Austin) Cindric got into it, and me and him went to high school together so that was interesting. We didn’t really fight or have a yelling match or anything, but we got into it on the track. Me and (Paul) Menard had our deal. I think Xfinity has always been aggressive. It’s awesome. It puts on great races for the fans. Obviously, you don’t want to be the guy that gets taken out because of it, but I think NASCAR as a whole has got more aggressive recently. Last year in the trucks, it was really aggressive, and it ramped up as the season went. The same in Xfinity, and now I think we’ve started aggressive and you see Cup guys making moves that are pretty wild and things you wouldn’t see necessarily back in the day. You wouldn’t see guys side-drafting each other all the way down the front straightaway. But you do have to manage that, and I think you have to factor that into how you race, but I think it’s just NASCAR as a whole. Every advantage is such a big deal now. Getting track position when you can is such a big deal now, so it’s putting guys in positions where we have to be aggressive. I think it’s good for the fans, and it’s fun for me.”