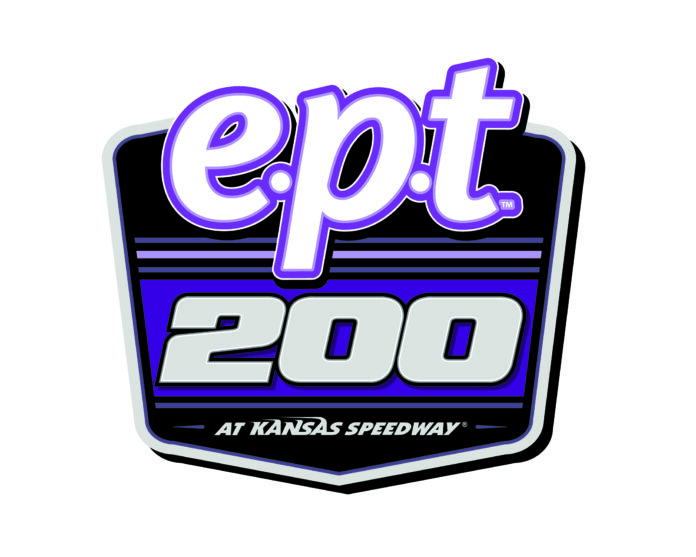 What all were you trying on Matt Crafton in the closing laps to go for the win?

“I tried moving around and we sucked yesterday. We were so damn bad, but Rudy (Fugle, crew chief) and the guys, I can’t say enough about them. They made some really good adjustments today and we got it way better last night. P2 is still good, but of course we wish we still won. In the same aspect, from where we even started today, finishing second is still pretty close. Just have to go back and figure out what we can do better. Overall, proud of my Safelite Tundra guys.”

What was the battle like with Matt Crafton in the closing laps?

“I thought I got a little tight, but I got a hole in the nose and just got tight behind him (Matt Crafton). Overall, just what a comeback for our Safelite Tundra team. We sucked yesterday. I can’t sugar coat it, we were terrible. Rudy (Fugle, crew chief) and the guys worked really, really hard last night and this morning to get it better. We still started the race a little bit off, but the truck came to us and was perfect at the end. I just got a little tight behind him. I was good in one corner and not the other. Just need to get back to the lab and get a little better I guess.”

Rudy said he wants you angry when you finish second, is that anger there today?

“Yeah, it’s not as much anger as last week. At the same time, it’s definitely a little disappointing. It’s hard to be disappointed after how we ran yesterday. Just ready for Michigan.”

How redeeming is it to have a performance like this after yesterday?

“I won’t sugar coat it, we were absolutely terrible yesterday. 13th is not representative of how good this team is or how good I am. We talked a lot about it last night. Rudy (Fugle, crew chief) made some really good changes. We started okay today. We weren’t perfect yet and that last run, actually after that pit stop, we got pretty good. I just got a little bit tight, which was the opposite of what we were fighting all day. Definitely feels good. Obviously, I wish we could have won there and I have a little bit of work to do to get through traffic. Struggled with the same thing last week. Have a little work to do, but at the same time, really proud of my team to rebound the way we did.”

Is there anything you learned or would do differently after chasing Matt Crafton in the closing laps?

“Just trying to find air. We had a hole in the nose and that didn’t really help the aero situation, but at the same time, just have to figure out how to get around him. When they go to aero-block me and take away my lane, I just have to rip top or do something different. Got close a few times and even had a shot there coming to the checkers, but just needed a couple more feet.”

Do you feel your team is improving at the right time to get ready for the Playoffs?

“Yeah, absolutely. The first three races back were circumstantial. Charlotte we were just bad, we were about as bad as last night. The first two races we ran good, but we wrecked. I feel like we’ve had the speed, we’ve had the promise to show results, we just haven’t been following through. The last seven races, we’ve been able to minimize mistakes and have done a good job to get in good position and get points.”

How much improvement did you see from the truck today compared to yesterday?

“You can’t put it into words. We were just absolutely terrible yesterday and we talked about it a lot, me and Rudy (Fugle, crew chief) after the race and kind of came up with a game plan and changed just about everything on the truck. We got it significantly better and it had a lot more grip today. I feel a lot more confident coming back here later in the year. In the same aspect, wish we could have won, but second is still okay for what we fought this weekend and honestly, fought at the beginning of the race still.”

“I ran Michigan twice last year, once in the ARCA race and once in the truck race. The truck race, I felt like we had a really good Tundra. In the same aspect, I think we blew like five or six right-rears. Just have to minimize mistakes there as well and hopefully get a win there.”

Does this off-weekend help you?

“The off-weekend should kind of help. I kind of wish I had an off-weekend last week to study more of what to do behind Kyle (Busch) there at the end. I’m going to use this time to do that.”

How has your relationship with Rudy Fugle evolved through some of this adversity?

Another solid finish today, how was today’s race compared to last night?

“Yesterday went really well for us with us getting the win. That was awesome to get that checked off and be able to get locked in. Today, was a dogfight for us, to say the least. We started off way, way too loose. I could not attack my entry and center off. I was so loose; I could not touch the throttle. Scott (Zipadelli, crew chief) and the guys, they worked so hard. Every caution we threw everything we can at it to tighten this truck up. We got it better throughout each run. We just kept slowly working at it, and we made some big enough adjustments that on the short run we could really fire off good, get some track position. All-in-all in the long run, we were just missing something today. I don’t know what it was compared to yesterday. I don’t know if it was the heat or just how the track was or what. We definitely missed it today on just having the long-run speed compared to yesterday. All-in-all, our United Rentals Toyota Tundra was good. Comparing yesterday to today, it was crazy that the track changed that much and that our Tundra changed that much. We did make some changes going into today, but all of the changes that we made going into today should have tightened us up, and for whatever reason, we were just way too loose. I know that a lot of other guys fought the same thing. We just get in, we would lose the rear, lose the front, almost have a four wheel slide and like I said, it was a battle all day, but days like today – if we end up sixth with a truck that we didn’t feel like was good at all, we will go on with that. We had a decent points day, and we will get out of here with a sixth and go on to the next one. It was just crazy to me that it changed that much, but we will go back and look at the notes and talk it over and see what we could do differently, if we come back here.”

How was your race today and how do you feel after the doubleheader?

“It’s a really good weekend – having a doubleheader. We had a really good first race with our ENEOS Toyota Tundra and we were able to adjust a little bit. Today, we were a little bit too free. But overall, it was a really great weekend. We moved into the top-10 of the point, so that’s really good for our MHR (McAnally-Hilgemann Racing) team. We are really looking forward to Michigan here in a couple weeks.”