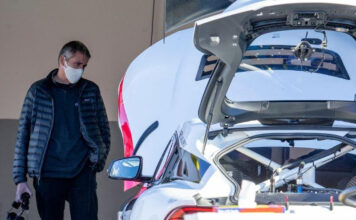 “We have enjoyed some solid growth with our racing programs the last few seasons and further expanding with a pair of experienced and dedicated Team Managers is another step forward in our progress,” said Riley Motorsports President and Owner Bill Riley. “Ben Levite has done a great job managing the operations of several different Riley Motorsports teams in recent years and will continue to operate a multi-car team in the IMSA WeatherTech SportsCar Championship. Russ Ruedisueli is a longtime colleague and teammate that brings decades of high-performance vehicle management and a passion for all things racing to Riley Motorsports.”

The 2021 racing season will be the third-straight year that Riley Motorsports competes in three different IMSA racing series. Riley continues its WeatherTech Championship program with a new two-car Ligier JS P320 LMP3 team in addition to debuting the new Toyota GR Supra GT4 program for the team’s third year of GS competition in Pilot Challenge. Riley is also set for its third Ferrari Challenge season in 2021.

“When Bill gave me a call it was pretty darn exciting,” Ruedisueli said. “Both the Ferrari and Toyota Supra programs will be very challenging, but I am really looking forward to working in both series with Riley Motorsports. The Toyota Supra program is similar to what we did together with the Viper in that it is new to IMSA and we will be getting a great car up to speed. The Ferrari series sounds like a competitive and interesting format and is a great marketing tool in bringing Ferrari customers into race cars.”

Ruedisueli joins Riley Motorsports after retiring from a more than 30-year career with Fiat Chrysler Automobiles (FCA) a few years ago. He has an extensive high-performance vehicle and auto racing background within FCA and managed the factory support for multiple motorsports championships in NASCAR, NHRA, SCCA and IMSA. The IMSA success was in partnership with Riley Technologies and Riley Motorsports that collectively built and maintained the SRT Dodge Viper GTS-R and GT3-R cars that won numerous titles and championships.

“I worked with Russ back when we ran the championship-winning Viper program in GTLM, and I had a lot of respect for him and everyone at SRT, the entire FCA corporation on how they ran things, and the overall demeanor within the company,” Riley said. “When a need came up for additional management at Riley Motorsports, Russ was a great choice.”

Ruedisueli’s arrival complements Levite’s established relationship with Riley Motorsports, which he joined in 2012 as a Data Engineer on the Viper GTS-R GTLM program. Levite was promoted to Team Manager prior to the 2018 season, taking the reins of the WeatherTech Championship program while also overseeing the expansion into Pilot Challenge that same year.

“This will be Ben’s fourth year as a Riley Motorsports Team Manager and he has done a great job on our WeatherTech and GS programs the last three seasons,” Riley said. “He will be primarily focused on our two-car LMP3 assault in WeatherTech with Gar Robinson and Jim Cox. That’s a fairly tall order to run two cars at these major endurance events, so that will be his main focus along with a few other special projects.”

In addition to his high-performance automotive corporate background, Ruedisueli is also an accomplished SCCA driver. He has recorded several top-five finishes in Formula F (1600), including a career-best third place at Road America in 2012, in various appearances at the annual SCCA National Championship Runoffs over the years.

“Calling on that combined skillset was also a fairly big deciding factor,” Riley said. “You have the corporate side, where Russ was with Chrysler for 30-plus years, and then you have his club racer side as a competitor in SCCA, which is just as hard, but it is a different set of skills. It is a good combination that helped with our decision to ask him to join our team.”

In his new position, Ruedisueli, who also led the team that produced the Viper, Viper ACR and Hell Cat Powered SRT Chargers and Challengers at FCA, is relocating early in 2021 to the Mooresville, N.C. area from Detroit.

Both Levite and Ruedisueli respectively oversaw the operations of the new WeatherTech Championship LMP3 and Toyota Supra GS teams in a test last week at Daytona International Speedway.

“We have done a test together at Daytona and everything went very smooth,” Riley said. “Ben jumped right in on the LMP3 teams and from where he left off just a few weeks ago after the 2020 finale, and it seems like Russ is going to be up for the task of being the Team Manager for our Toyota Supra GS program and for our Ferrari Challenge program.”