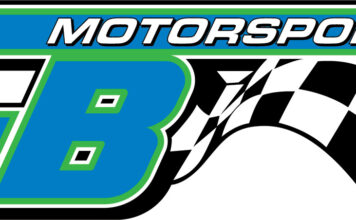 Charlotte, N.C. (2 January 2021) – CB Motorsports is set to make its IMSA Michelin Pilot Challenge (IMPC) debut starting in 2021. The team will open the 2021 IMSA season with the BMW Endurance Challenge with drivers Caleb Bacon, Mark Kvamme and Trenton Estep behind the wheel of the No. 81 Hyundai Veloster N TCR for the four hour endurance event at Daytona International Speedway.

The opening round will feature a four hour endurance format as Kvamme, Bacon, and Estep will look to launch the IMSA season with a big result. Kvamme and Estep are slated as a full-season pairing for the championship campaign on board the No. 81 Hyundai.

Kvamme returns stateside following his latest campaign in the Asian Le Mans series in 2020. With nine previous starts onboard Prototype and GT platforms at the 3.56-mile Florida circuit, the veteran racer brings a wide range of Daytona experience as he looks forward to a return to TCR class competition in 2021.

“It’s exciting to be back at Daytona International Speedway for the start of the season with CB Motorsports,” said Kvamme. “While I have driven an assortment of cars at Daytona, the Hyundai Veloster N TCR will be a new and exciting challenge. The IMPC TCR class has some of the closest racing in IMSA competition and I got a taste of that with a few outings in 2019. Returning to the TCR field with Caleb (Bacon) and Trenton (Estep) as my teammates is an exciting opportunity. They are talented drivers that I get to work with. Together we have a great chance to fight our way to a podium and open the season on a high note.”

The 2018 IMSA Porsche GT3 Challenge USA champion Trenton Estep will return to IMSA action in 2021 as Kvamme’s full-time co-driver in the No. 81 Hyundai. The 21-year-old has made quick progress in his racing career, moving from karting to quickly establishing himself in sports cars. Estep made his debut at Daytona International Speedway in 2019 as he brought home a top-five finish in the Rolex 24 At Daytona. He will make his first IMPC start at the 3.56-mile course with CB Motorsports.

“I am super excited to be a part of Hyundai and CB Motorsports,” said Estep. “The Hyundai Veloster N TCR has proven itself time and time again in the last two years of the Michelin Pilot Challenge. We have a good opportunity to fight for podiums. I know my co-driver Mark Kvamme well and we work well together. I’m excited to be alongside him and to start working with Caleb (Bacon). Mark (Kvamme) has become a mentor of mine on and off the track and our journey in Michelin Pilot Challenge is a new chapter for us both. 2021 will be a fun year for the three of us in the No. 81 Hyundai.”

CB Motorsports will field a single entry at Daytona in January, and is building operations in preparation for expansion to a two-car team with a second Hyundai Veloster N TCR car starting in Sebring. The team is based in Mooresville, North Carolina and anticipates the completion of its new 9,000 square-foot shop in the spring.

Racing is in the blood of the Bacon family with a history in Motorsports dating back to the 1980’s with Caleb’s grandfather Al Bacon, who raced in the GTU category with Mazda Motorsports. The family has fond memories of Daytona, with Al having taken four Rolex 24 class victories (1989, 1991, 1992 and 1993) behind the wheel of a Mazda RX-7.

The son of the eldest Bacon, Chad Bacon, has been around racing since he was five and began racing in1989, finding success before stepping out of the cockpit to focus on son, Caleb’s racing starting at the age of four.

The youngest of the Bacon family Caleb (15 years-old), began racing go-karts in several series around the country before making a move to sports car racing competing in Spec Miata. The 2020 season saw Bacon enter in the SRO ranks with a Hyundai Veloster R Spec TCA car.

Now ready to make another step in the motorsports ladder, Bacon will make his first IMPC start in January for the four hour endurance event. It will be a big weekend, as the young American will turn 16 just days before taking to the high banks of Daytona.

“I’m really excited to be joining IMSA,” said Bacon. “I know that the Michelin Pilot Challenge Series is very competitive but with my knowledge of the Hyundai Veloster from SRO I’m hoping that I will be able to adapt quickly. It’s great to be paired with both Mark (Kvamme) and Trenton (Estep). Mark has driven many different cars throughout his career and Trenton and I actually raced go-karts together back in the day. Hopefully we can get off to a fast start down in Daytona and start the 2021 IMSA season off strong.”

The IMPC season is set to start January 22-24 with the annual Roar Before the 24 practice weekend. The first round of competition will be just one week later (January 27-31) with the four hour BMW Endurance Challenge set for Friday January 29th.