The No. 10 Konica Minolta Acura ARX-05 team to defend their Rolex 24 at DAYTONA victory this weekend 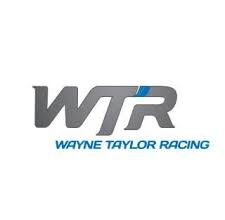 Daytona Beach, Fla. (January 27, 2021) – The No. 10 Konica Minolta Acura ARX-05 team will look to secure their third victory in a row and fourth overall at Daytona International Speedway this weekend. The blue and black No. 10 Konica Minolta Acura will start the 59th running of the Rolex 24 at DAYTONA from the fifth position with Ricky Taylor, Filipe Albuquerque, Alexander Rossi and Helio Castroneves representing the team’s legendary line-up.

The 2021 season brings an entirely new formula for the No. 10 Konica Minolta Acura ARX-05 team with a fresh driver line-up and a new manufacturer relationship as they tackle the rigorous 3.56-mile, 12-turn road course that tests the meddle of the best sports car drivers in the world each year at this coveted event.

The No. 10 Konica Minolta Acura ARX-05 team’s notable history at the iconic Rolex 24 at DAYTONA includes three overall victories in 2017, 2019, and 2020, 11 top-five finishes and eight podiums while leading 31.4 percent of laps from 2013 to 2020. The team’s consistent pace has resulted in leading the most laps in five of the past six Rolex 24 at DAYTONA events, with a total of 1,733 laps led during that time.

The 2017 Rolex 24 at DAYTONA winner and 2020 IMSA WeatherTech Sportscar champion, Ricky Taylor, will make his official return to the No. 10 Konica Minolta Acura ARX-05 team after a successful three-year run with Acura and Honda Performance Development. Taylor’s IMSA WeatherTech SportsCar Championship resume includes one Rolex 24 at DAYTONA victory, one 12 Hours of Sebring victory and 24 wins.

“It’s nice to keep the rhythm with such a short break between the Roar and the Rolex,” said Ricky Taylor. “It’s going to be a really difficult race with the addition of an extra class as well as 50 other cars on track, but we have a really strong car in race trim in clean air. The team has so much experience and knows how to win at Daytona, so I’m really looking forward to it. All the guys on the team are very motivated and everyone has done such a great job to get to this point, so hopefully we can repay them for all their hard work with a win.”

“I’m really looking forward to the Rolex,” said Filipe Albuquerque. “We saw that a lot can happen in 100 minutes during the qualifying race, but we just need to stay clean and out of problems. The car runs smooth and we’ll continue to learn more. Any track time is valuable for us and we are more ready than when we started with the car. I think we’re going to be competitive. I think we have a good chance to go for the win in 24 hours, so we’ll see how it goes!”

“We had a really good three days at the Roar,” mentioned Alexander Rossi. “It was completely trouble free and that is a testament to the team, Acura, and HPD for the work that they did in the off season. All four drivers are working really well together and we’re very excited to see what we can accomplish together at the Rolex 24.”

“It was great to go back with Acura and my team mates again this past weekend,” said Helio Castroneves. “It’s very cool to be part of the No.10 Konica Minolta Acura ARX-05 in action and to have had my first experience with them. Now, we are getting ready for the 24 hours and hoping for the best!”

Wayne Taylor’s extensive record at the Rolex 24 at DAYTONA extends back to his own racing career where he secured two victories as a driver in addition to the three victories as a team owner. 2021 sees Taylor enter his 15th season as a team owner, and he will be looking to bring Acura its first prototype victory at Daytona this weekend.

“I’m really excited for the Rolex 24 and looking forward to it again this year,” said team owner, Wayne Taylor. “It would be nice to win three in a row, especially with a new manufacturer. The entire team has worked incredibly hard to get the car where it is, there’s just no other team like it because we have exceptional leadership, crew, and driver lineup. It is superb to have Konica Minolta with us again and to also have Bill Harrison and Harrison Contracting officially announced on the car. Given the amount of time we’ve had on track we thought the car performed pretty well at the Roar last weekend. This weekend is looking great with no rain and I’m hoping we are still able to have a lot of fans.”

The No. 10 Konica Minolta Acura ARX-05 will start the 59th Running of the Rolex 24 at DAYTONA after finishing in the fifth position during last weekend’s Motul Pole Award 100 during last weekend’s Roar Before the 24. Practice for the Rolex 24 at DAYTONA begins this Thursday at 11:40 a.m. EST. The green flag for the main event will wave at 3:40 p.m. EST on Saturday, January 30th with live coverage beginning at 3:30 p.m. EST at NBC.

About Konica Minolta
Konica Minolta Business Solutions U.S.A., Inc. is reshaping and revolutionizing the Workplace of the Future™ with its expansive smart office product portfolio from IT Services (All Covered), ECM, Managed Print Services and industrial and commercial print solutions. Konica Minolta has been recognized as the #1 Brand for Customer Loyalty in the MFP Office Copier Market by Brand Keys for thirteen consecutive years, and the World Technology Awards recently named the company a finalist in the IT Software category. Konica Minolta, Inc. has been named to the Dow Jones Sustainability World Index for nine consecutive years and has spent three years on the Global 100 Most Sustainable Corporations in the World list. Konica Minolta partners with its clients to give shape to ideas and work to bring value to our society. For more information, please visit us online and follow Konica Minolta on Facebook, YouTube, LinkedIn and Twitter. Wayne Taylor Racing’s existing lineup of partners that also features Harrison Contracting, Acura Motorsports and CIT.