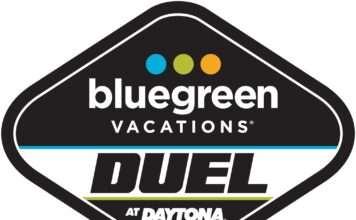 The NASCAR Cup Series season officially kicks off this weekend at Daytona International Speedway with the Daytona 500 on Sunday, February 14, at 2:30 P.M. ET. Live coverage can be found on FOX, MRN and SiriusXM NASCAR Radio Channel 90.

TEAM CHEVY POST-RACE NOTES AND QUOTES:
RYAN PREECE, NO. 37 COTTONELLE CAMARO ZL1 1LE – Finished 5th
“I’m really happy with the handling of our No. 37 Cottonelle Chevrolet. We tried a lot of different things during the duel tonight knowing that we were locked into the DAYTONA 500 no matter what and used the duel tonight as good practice for Sunday. I always see myself as an underdog, and to be able to get some good racing in tonight and get a top-five finish, which leads to a nice start up front on Sunday, was really important for us tonight. I’m so proud of the preparation everyone at JTG Daugherty Racing has put in to get us a fast Cottonelle Chevrolet and race our way to the front on Sunday.”

KYLE LARSON, NO. 5 NATIONSGUARD CAMARO ZL1 1LE – Finished 7th
“There’s a lot to risk in this race and everybody was being pretty calm running single file up top. It was good to get back into a race and get comfortable, listen to my spotter and get a sense of my surroundings. I haven’t been in a big car like this in a long time.

“We saved a lot of fuel in the NationsGuard Camaro during that first run so we could have a short pit stop and was able to leave pit road as the lead Chevy. I just got a little too greedy as we caught the lead pack and I lost a lot of track position.”

DANIEL SUAREZ, NO. 99 IFLY CAMARO ZL1 1LE – Finished 8th
“Pretty pleased with tonight’s Duel. The No. 99 iFly Chevy Camaro was pretty sporty, especially with fresh tires. I feel like I was able to get aggressive; I was able to make moves. With older tires, I was struggling a little bit with the back of the car especially. But we already have some ideas of what we have to do to be able to make that better for Sunday.”

“Just happy overall with the way the team performed. I think I have to be better; there are a couple of things that I feel like can be better. But everything is good. I think we can really, really improve from here.”

RICKY STENHOUSE JR., NO. 47 KROGER/NOS ENERGY DRINK CAMARO ZL1 1LE – Finished 11th
“It was great to be able to get in the draft and race a little bit tonight in our No. 47 Kroger/NOS Energy Drink Chevrolet. We have some speed and I know we have something we can work with on Sunday to get to the front. Our handling was a little off tonight, and we were trying a bunch of different lines and packs to work the draft. It was great to see our teammate get a solid finish and we still will have a good starting spot on Sunday to be there at the end.”

ERIK JONES, NO. 43 ARMOR ALL CAMARO ZL1 1LE – Finished 17th
“The Duel didn’t go exactly how we wanted. It was pretty uneventful for us, but we did get a good feel for the car balance and how we wanted things to go for Sunday. We made some changes and got to run in the pack a little bit to get a good feel for the car. I made a mistake there and slid through the pit box. Hopefully got the rust shaken off now and we got some good marks for Sunday. We’re starting a little farther back, but I think we’ve got a car with good enough speed that’s going to be able to race through the pack and be up in contention at the end of the day. Excited to get to Sunday, get the race going and get down to real business.”

ALEX BOWMAN, NO. 48 ALLY CAMARO ZL1 1LE – Finished 20th
“Definitely a bummer there. We had something going on and a big vibration with the car. We had some radio issues and couldn’t hear anyone. We have a clean racecar for Sunday and have time to diagnosis that vibration. There is definitely something going on, but it looks like the engine is good which is the important thing. The Hendrick Motorsports engine shop does a great job with our engines and that thing is totally fine. We just have something going on that is shaking the car, so we just have to figure that out.”

GREG IVES, CREW CHIEF FOR THE NO. 48 ALLY CAMARO ZL1 1LE
“Obviously, we were trying to run as hard as we could there at the beginning of the race. We wanted to try to stay in the draft and understand what the handling was. He felt it handled fine and then went towards the back of the pack. Alex (Bowman) felt and heard something in the engine which turned into a vibration in the chassis. Being a non-points race and being locked in, it allowed us to do some things that would make us a few laps down. We talked through engine diagnostics and sent some guys over pit wall who don’t normally go over the wall. Our Ally Racing team was able to go through some tire sets to make sure it wasn’t that. There were a lot of things you always think you are going to be prepared for until you actually go through them. I feel like we did a good job understanding it and hopefully we are able to diagnose it and make sure everything is good.”

Habul’s SunEnergy1 team goes back to back at Bathurst