No. 77 Chevy to Showcase AirMedCare Network in Daytona Road Race 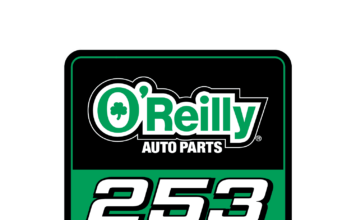 The 70-lap event will mark Haley’s first race in the seat of the No. 77 machine this season after Jamie McMurray steered the entry to an eighth-place finish last Sunday in the 63rd running of the Daytona 500.

The AirMedCare Network (AMCN) is a Global Medical Response solution and is America’s largest air ambulance membership network, deploying from 320 locations across 38 states. ACMN’s bases are operated by in-network providers, located regionally in 38 states across the country.

AMCN strives to protect patients and their families from the overwhelming financial burden that could arise from unexpected medical emergencies requiring air transportation. For as little as $85 per year ($65 a year if someone in the household is over 60-years-old), AMCN provides members with an affordable plan to insulate them from the high deductibles and co-pays that often accompany life-saving air medical transportation.

“AirMedCare Network is excited to partner with NASCAR, Spire Motorsports, and Justin Haley, driver of car No. 77,” said Keith Hovey, Vice President of Membership and Marketing for AirMedCare Network. “Together we are a great team, and all of us at AirMedCare Network will be cheering Justin on to Victory Lane on race day.”

Haley, a 21-year-old driver from Winimac, Ind., has five previous NCS starts to his credit, including a surprise win in the 2019 Coke Zero Sugar 400 on Daytona’s famed 2.5-mile superspeedway. The victory marked both Haley’s and Spire Motorsports’ first win in NASCAR’s premiere division. He’s spent the last two seasons as the full-time driver of the No. 11 NASCAR Xfinity Chevrolet for Kaulig Racing where the three-time winner on NASCAR’s junior circuit returns in 2021 to pursue the series’ title.

After leading seven laps and running near the front of the field for much of last Saturday’s 300-mile Xfinity Series season opener at DIS, Haley was collected in a late-race, multi-car incident, leaving him 29th in the final rundown.

“We’re thrilled to pair Justin Haley and our No. 77 team with the AirMedCare Network,” said Spire Motorsports co-owner T.J. Puchyr. “Justin is obviously a very talented young driver, so there’s always a little bit of extra excitement in our camp when he’s in that car. We’re coming off the biggest race of the season and now it’s time to settle in and get ready for the bulk of the schedule.”

The O’Reilly Auto Parts 253 will be televised live on FOX Sunday, February 21 beginning at 3 p.m. Eastern Standard Time (EST). The second of 36 races on the 2021 NCS schedule will be broadcast live on the Motor Racing Network and SiriusXM NASCAR Radio.

About Spire Motorsports …
Spire Motorsports was established in 2018 and is co-owned by longtime NASCAR industry executives Jeff Dickerson and Thaddeus “T.J.” Puchyr. Spire Motorsports earned an upset victory for the ages in its first full season when Justin Haley took the checkered flag in the Coke Zero Sugar 400 at Daytona International Speedway on July 7, 2019. The team will field the Nos. 7 and 77 Chevrolet Camaros in the NASCAR Cup Series in 2021.

About AirMedCare Network …
AirMedCare Network is an alliance among Air Evac Lifeteam, Guardian Flight, Med-Trans Corporation and REACH Air Medical Services, creating America’s largest air ambulance membership network. Since 1985, we’ve been selling our memberships, and have over 3 million members today. Our affiliate providers operate over 350 aircraft (fixed wing and rotor) in over 325 locations in 38 States across the country. Our providers transported over 125,000 patients in 2020.