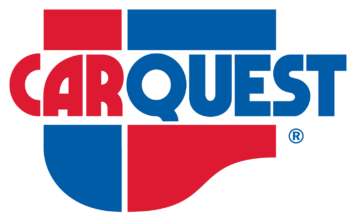 “This is a spectacular opportunity for Carquest to partner with Team Penske and Austin Cindric, who is one of the brightest stars in racing,” said Junior Word, division president, Carquest North America. “Our Carquest independent owners closely identify with Team Penske’s long-standing commitment to excellence. Austin is already off to a great start this season, and we are excited to follow along as Austin and his team defend the championship.”

As they look to defend their title this season, Cindric and the No. 22 team are off to a strong start in 2021. Cindric won the season-opening race at Daytona International Speedway last month and the No. 22 Ford Mustang currently leads the NXS point standings behind three top-five finishes to open the season.

“Carquest has such a rich history in NASCAR, and I’m proud to represent the brand and its independent owners this season,” said Cindric. “We look forward to having the Carquest red, white and blue on our Ford Mustang at three exciting tracks this year. Our team is more motivated than ever to get Carquest to victory lane in 2021.”

About Advance Auto Parts
Advance Auto Parts, Inc. is a leading automotive aftermarket parts provider that serves both professional installer and do-it-yourself customers. As of January 2, 2021, Advance operated 4,806 stores and 170 Worldpac branches in the United States, Canada, Puerto Rico and the U.S. Virgin Islands. The Company also serves 1,277 independently owned Carquest branded stores across these locations in addition to Mexico, Grand Cayman, the Bahamas, Turks and Caicos and British Virgin Islands. Additional information about Advance, including employment opportunities, customer services, and online shopping for parts, accessories and other offerings can be found at www.AdvanceAutoParts.com.

About Team Penske
Team Penske is one of the most successful teams in the history of professional sports. Cars owned and prepared by Team Penske have produced more than 580 major race wins, over 650 pole positions and 40 Championships across open-wheel, stock car and sports car racing competition. Over the course of its 55-year history, the team has also earned 18 Indianapolis 500 victories, two Daytona 500 Championships, a Formula 1 win, overall victories in the 24 Hours of Daytona and the 12 Hours of Sebring, along with a win in Australia’s legendary Bathurst 1000 race. In 2021, Team Penske will compete in the NTT INDYCAR SERIES, the NASCAR Cup Series and the NASCAR Xfinity Series.