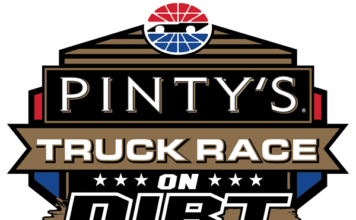 Will any of your time racing on the dirt track at Las Vegas translate to racing dirt at Bristol?

“The Las Vegas dirt track and the Bristol dirt track will be two totally different feelings. Vegas dirt feels and looks completely different because it gets so dry there. There’s a very noticeable different in the colors of the dirt – Vegas dirt is a lot lighter. When you get to tracks where they bring the dirt in, its more like clay and holds the moisture so much better.”

What is a noticeable difference for you between dirt and pavement?

“Dirt is tough and it’s very uncomfortable for people that are used to racing on pavement. People that have raced on a lot of dirt are comfortable being uncomfortable. Pavement is super smooth and there’s a lot of grip. On dirt, you feel a little out of control but you’re trying to be precise.”

“I think I’m equally as excited as I am anxious heading into this race. I’m excited because I think it will be really fun and it’s something different compared to what we usually race. At the same time I have no idea what to expect when we hit the track. Thankfully we have practice and heat races so we can get as many laps as possible and adapt to racing on dirt.”

﻿The DGR trucks will sport a “Get Well Soon Wes” decal this weekend at Bristol in support of shop foreman, Wes Ward.