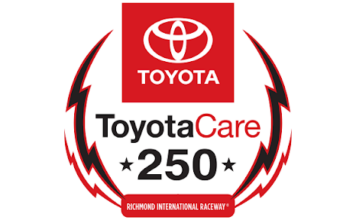 RICHMOND, Va. (April 14, 2021) – ThorSport Racing driver Grant Enfinger was made available to media via videoconference prior to the ToyotaCare 250 today:

How are you feeling about the truck going into the weekend?

“I definitely feel great about it. I feel like this is a great opportunity for us on this No. 98 Tundra team. We are taking the same truck that we ran there last year – same basic set-up, same tires, so hopefully, we can duplicate the result. Obviously, things are going to be different with it being a daytime race. I feel like it’s going to be a little bit slicker out there with hopefully a little bit of sunshine on Saturday. I’m looking forward to it.”

How has the season gone from your perspective?

“It has been going okay. We definitely haven’t set the world on fire. I feel like we had pretty good speed in Daytona, right off the bat. Since then, we’ve had okay speed. We haven’t just set the world on fire, but we’ve been solid. I feel like Bristol a couple weeks ago gave us a little momentum. I think we had to step outside the box a little bit – myself and J. Rod (Jeriod Prince, crew chief) – but I feel like things are progressing the right way. I don’t know when it’s just going to click and we are going to have that raw speed that we are looking for, but I do have full confidence that we will be able to get there before the end of the year.”

Do you still have hopes waiver for the Playoffs?

“I don’t know. As far as a decision, that’s in NASCAR’s hands. I don’t think they will grant me a waiver at this point, but I’m going to try to compete in all of the races that I can – whether that be a truck, a Xfinity car or a late model. Whatever I can do. I plan on staying busy. We just kind of have to see how that goes, but that really doesn’t change my mindset right now. It’s just winning races. I could honestly kind of care less about stage points at this point, which is kind of how we’ve approached it from the beginning this year. We are just going to go after wins and we might throw a few Hail Marys along the way.”

What was you and the short track racer’s reaction to Josh Berry’s win?

“I honestly don’t personally know Josh Berry. I know his story and I followed his late model career. He’s running a different type of late model than I have. He’s more of a late model stock guy. I think I can speak to all of the true racers that we love to see stories like that. I think that is what keeps the dream alive for a lot of the guys that are on the grind and just working hard on a Saturday night car and they are working on it each and every day of the week and spending every dime they have on it and begging and borrowing to make it to the racetrack. I think as a racer you like to see stories like that. if you look through the course of history, it seems like a guy like that slips through the tracks every year or two. Personally, I love it. This sport takes so much money, and the business model is so upside down and has been for so long that a lot of these opportunities are about family money – money is basically the root of a lot of these opportunities and if you see a guy that gets there just on perseverance and talent, you definitely like to see it.”

Do you have anything lined up other than your races with ThorSport?

“Nothing officially. We talked about running the Super Late Model again, but we don’t really have schedule for that or anything like that, but really no – not at this time. Hopefully we are able to piece together some stuff, like I said, we will just have to see how it goes.”

Are there any tracks that are not on your schedule that you would like to compete at?

“All of them. I have talked with Duke (Thorson, team owner) about one-offs here and there and he’s good with it, but there is still opportunity to run some more races with ThorSport on down the road so we will just kind of have to wait and see how this year goes. I don’t think this is going to be a year that I’m going to have much leeway and know too far in advance what is going to happen other than my 12 races that are secure there with ThorSport Racing and Champion Power Equipment.”