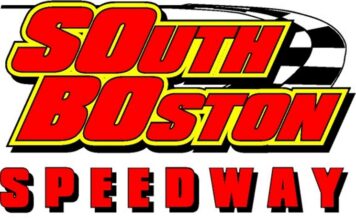 South Boston, VA….. South Boston Speedway is taking another major step in increasing its digital footprint by livestreaming its remaining NASCAR Advance Auto Parts Weekly Series events starting with the track’s first night race of the season, the SoBo Livestreaming Night At The Races Presented By SoBoSpeedway.tv on Saturday, May 1.

South Boston Speedway’s first night racing event of the season will get the green flag at 7 p.m. and will be livestreamed at SoBoSpeedway.tv, a service by SpeedSport, a leader in grassroots racing news and streaming. The livestreaming platform was developed by NASCAR and SpeedSport for grassroots weekly short tracks.

South Boston Speedway’s NASCAR Advance Auto Parts Weekly Series events will be streamed on a pay-per-view basis with a low price of $19.99 per event, the cost of just two advance tickets to an event.

“Fans all across the country have been asking for this for some time and we couldn’t be happier to offer it to them. This service will allow individuals across the world to stream our events. It will provide increased exposure for the speedway and its sponsors. Our drivers and their sponsors will also be adding value to their partnerships.”

South Boston Speedway Assistant General Manager Chase Brashears noted that the speedway has already put the system to a test.

“Before we went full blast with livestreaming our events, we put it to the test this past Saturday and offered some fans the opportunity to watch the race live,” Brashears explained.

“It went over well and fans from throughout the country tuned in, so we look forward to presenting our program to more fans across the nation.”

Brashears also detailed the process for watching an event live.

“Watching an event is simple and inexpensive,” Brashears pointed out.

“All you have to do is go to SoBoSpeedway.tv or SouthBostonSpeedway.com to get started.”

Individuals can also go back and watch a full event at a later date for a special price.

The Saturday, May 1 race day schedule has registration and pit gates opening at 2 p.m. Practice will begin at 4 p.m. and grandstand gates will open at 5:30 p.m. Qualifying will start at 6 p.m. and the first race will get the green flag at 7 p.m.

Advance adult general admission tickets for the Saturday night, May 1 race are priced at $10 each and may be purchased online on South Boston Speedway’s website www.southbostonspeedway.com through Friday night, April 30. Adult general admission tickets at the gate on race day are priced at $15 each. Kids ages 12 and under will be admitted free when accompanied by a paying adult.

The speedway will be following COVID-19 mitigation mandates set forth by the federal government and the Commonwealth of Virginia during the event. Masks will be required for fans entering the speedway. Social distancing and additional mitigation measures will also be followed.

The six tracks that receive the most votes after April 27 will be part of a two-day final round of voting that is scheduled to start on Sunday, May 9.