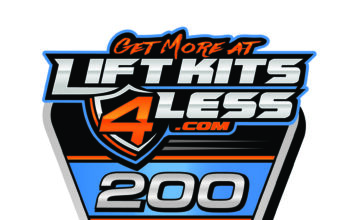 What are your expectations for Darlington this weekend?

“Darlington is so unique in that it doesn’t drive like any of the other tracks we go to. Hailie had a strong run at Kansas, but how you drive at Kansas doesn’t apply at Darlington. We’re going to run Darlington on the simulator on Friday morning and then head straight there. Anytime a rookie goes to Darlington, if you can leave there with a clean truck and a top-15 finish you’ve had a good day.”

How beneficial has it been to have an experienced spotter this year for Hailie?

“You’re only as good as the people you surround yourself with. Having TJ (Majors) on the roof to help guide her and limit as many mistakes as we can is huge. Without practice time, having a spotter who knows how to work traffic and the draft, aero sensitivities, how to enter the corners and all of the variables is very beneficial for Hailie to hear from.”

﻿Check out Deegan’s YouTube channel for her vlog which covers her day at Kansas Speedway. She took in the ARCA Menards race, found Deegan fans and recaps the race after her best Truck Series finish.

“Darlington is a really tough, technical race track that can be a lot of fun if you are running well. We were decent last year before getting damage late in the race, so hopefully we have the same speed we showed in Kansas at Darlington and we can put together a complete race start to finish.”

“It’s always fun when we get to partner with Ricky (Benton) at the race track. To be representing the Black’s Tire family with Todd in Darlington is special; this is essentially a home game for those guys and we are looking forward to putting on a good show for them.”