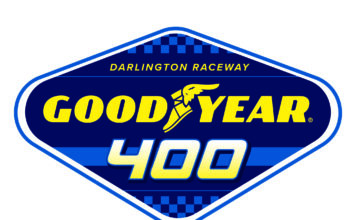 DiBenedetto started eighth, and moved up to sixth place in the early going. He maintained that spot until a caution flag flew at Lap 23.

From that point on the track Too Tough to Tame lived up to its reputation for the Menards/Dutch Boy team.

The No. 21 Mustang was an ill-handling beast for the remainder of the day. DiBenedetto finished 12th in the first Stage and was 17th, one lap down, at the end of the second Stage.

With no caution periods in the third and final segment of the race, there were few opportunities for the Menards/Dutch Boy team to make major chassis adjustments, and DiBenedetto crossed the finish line three laps in arrears.

“We were just way off, unfortunately,” DiBenedetto said. “We missed the set-up on our Menards/Dutch Boy Mustang and had to keep it clean and just survive the race with what we had.

Despite the disappointment, DiBenedetto lost just one position in the points standings to 17th, but remains tied in points with 16th place Tyler Reddick, who holds the tie-breaker of best finish this season.

Len Wood said that while the race didn’t play out as he’d hoped, the pre-race festivities did. His uncle Leonard Wood displayed for fans in attendance and for a TV audience his hand-built miniature 427-cubic-inch Ford engine. Then on the pace laps, the NASCAR Hall of Famer made three circuits at the wheel of the team’s 1971 Mercury made famous by the late David Pearson.

After that, Len and Eddie Wood were able to visit old friends they hadn’t seen since the start of the pandemic, folks like fellow team owners Jack Roush and Joe Gibbs, and Goodyear’s Stu Grant.

DiBenedetto and the Wood Brothers team now head to Dover International Speedway for next Sunday’s Drydene 400.

Official Release
Previous articleMartin Truex Jr. wins the Goodyear 400 at Darlington Raceway
Next articleHere Are the Top 5 Major Considerations When Selecting an Online Game to Play