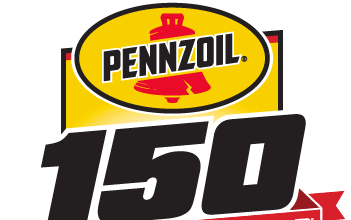 Sam Mayer
No. 8 JR Motorsports Chevrolet
• Sam Mayer will make his first NXS start on the road course at Indianapolis this weekend in the No. 8 JR Motorsports Chevrolet.
• Mayer is coming off a top-10 performance at Watkins Glen with top-10 finishes in two of his last three starts in the NXS.
• The 18-year-old Mayer has competed at road course tracks a combined seven times between the ARCA Menards Series and NASCAR Camping World Truck Series. His best finish of third (three times) came at COTA earlier this season,
Daytona Road Course (2020) and Watkins Glen (2019).

Justin Allgaier
No. 7 BRANDT Professional Agriculture Chevrolet
• Justin Allgaier will make his second start on the road course at Indianapolis on Saturday afternoon. The JRM driver finished seventh in this event last year.
• Allgaier has previously visited Victory Lane at Indianapolis, earning the win in 2018 on the oval course at the hallowed speedway.
• In 37 NXS starts on road courses, the Illinois native has earned three wins, 11 top fives and 23 top 10s.
• In five road course events in 2021, Allgaier has scored a best finish of third, coming at COTA in May.

“Our No. 1 Chevrolet has been really good on road courses so far this season, and I’ll be looking for another solid finish this weekend at Indy. We had good speed at Watkins Glen, and Bummy (crew chief Mike Bumgarner) and the guys have been working hard to bring good cars to the track. This is a vital stretch for us regarding the playoffs, and we need a good, solid run. Special thanks to Allstate Peterbilt Group and congratulations on celebrating their 50th anniversary.” – Michael Annett

“We were really fast last year here at Indianapolis on the road course and I feel like we will be just as strong this year, especially now that we have a notebook to build off of and the ability to practice on Friday. Hopefully we can have a smooth day, avoid any potential trouble out there and be right where we need to be when it counts with our BRANDT Professional Agriculture Chevrolet. We’ve shown a lot of speed with our road course cars so far this season and I know that we will have that again once we unload this weekend.” – Justin Allgaier

“I am really looking forward to racing at Indianapolis this weekend and seeing what it is all about. The history of Indianapolis should get everyone excited when realizing we get to race there. Having practice and qualifying is going to be huge because I’ve never raced here before and it’ll help me learn the place before sending it off into Turn 1 Saturday afternoon.” – Sam Mayer

“We had a really fast Bass Pro Shops/TrueTimber/Black Rifle Coffee Camaro when we raced here last year and I believe we will have that same speed when we unload on Friday. I enjoy not having practice because no one knows what is going to happen, but this week it will be different since we practice and qualify. Regardless, this No. 9 team has been working hard after Watkins Glen to turn around this car for Indy and I can’t thank them enough for what they are doing.” – Noah Gragson

• JR Motorsports at Indianapolis Road Course: JR Motorsports has competed on the road course at Indianapolis a combined four times in the NXS. Over the course of these four starts at the 2.439-mile facility, JRM has tallied one top five and three top 10s. JRM’s best finish of third came with Noah Gragson during the inaugural event in 2020.
• Allstate Peterbilt Group 50th Anniversary: Michael Annett’s No. 1 Chevrolet will carry sponsorship this weekend from Allstate Peterbilt Group in honor of its 50th anniversary. Established in 1971, Allstate Peterbilt Group started with just one dealership location in South Saint Paul, Minnesota, and has since grown into an award winning one-stop resource for truckers with over 20 locations across the Upper Midwest serving Minnesota, North Dakota, South Dakota, Iowa, and Wisconsin. Their secret? Never losing sight of what made these last 50 years possible serving their customers.
• #MoveAgainWithDegree: A recent study from Degree found that more than half of all Americans were less active during the COVID-19 pandemic. As the country opens up again, Degree’s new campaign celebrates a return to movement. How are you celebrating moving again? Tweet Degree your best moves and inspire others to get out there with #MoveAgainWithDegree.
• Bass Pro Shops: It’s time to gear up for archery season. Shop all the top products and deals like TrueTimber camo tees and pants, rangefinders, crossbows, stoves and more now through Aug. 18 at BassProShops.com.