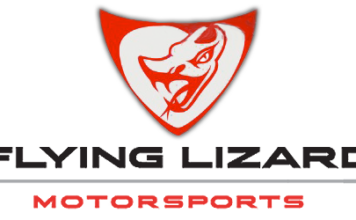 SONOMA, Calif., (August 23, 2021) — Following a successful test session at Road America last week, Flying Lizard Motorsport will return to Elkhart Lake, Wisconsin for their first weekend back in the GT America championship since March. Coming back to the series with a two-car effort, the Lizards will have both Andy Wilzoch in the No. 460 Porsche 911 GT3 R, and Memo Gidley in the No. 101 Bentley Continental GT3 as TKO Motorsport with Flying Lizard.

“Our test went very well, and we’re excited to see how our drivers and cars stack up against the competition,” said Program Manager and Team Principal Darren Law. “Since we’ve joined mid-season, we know we’re not in any championship battles, but GT America provides a great space for bronze drivers to race each other competitively and grow with every race.”

Andy Wilzoch participated in his first GT America race earlier this year at Circuit of the Americas, winning race one in the Masters class and finishing second in race two. He holds several wins over the last few years at Road America in the former Porsche Trophy West Series and will be a strong contender this weekend.

The event will mark the team’s first debut with the No. 101 Bentley Continental GT3, having recently purchased it from sister team, K-PAX Racing. Gidley and the team participated in a two-day private test with other teams, getting a sufficient amount laps in to prepare for the upcoming event.

Before the race weekend festivities begin, the series under the SRO umbrella will host a parade through Elkhart Lake, and welcome party downtown at Siebkens Resort on Thursday, August 26, starting at 5:00 PM CT.

A total of 26 cars will compete in the doubleheader this weekend, with sessions beginning Friday afternoon before qualifying and racing on Saturday and Sunday. Both 40-minute races will stream live on YouTube.com/GTWorld, and live timing will be available for all sessions. The event will be open to the public, and the series will host an autograph session at 10:30 AM on Saturday in the paddock, location TBA. For all updates, fans are recommended to follow the team on Facebook, Twitter, and Instagram.

About TKO
TKO Motorsports designs, manufactures, installs and races our own proprietary line of track proven, street legal performance products. Since 2008 TKO Motorsports of Reno, NV has produced some of the most extreme custom built, street legal cars in the world. Follow us as we expand into the retail market with a new line of off-the-shelf TKO parts and accessories.