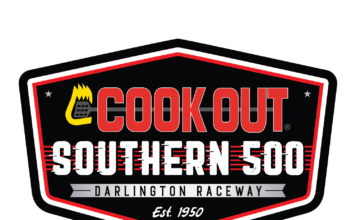 ● Darlington Raceway’s historic Southern 500 kicks off the three-round playoff series where 16 drivers will battle it out on the track for the coveted NASCAR Cup Series championship trophy, awarded at the season finale Nov. 7 at Phoenix Raceway. This is the fourth consecutive playoff appearance in Almirola’s four years at Stewart-Haas Racing (SHR) and fifth playoff appearance of his 12-year career. Almirola locked himself into the 2021 NASCAR Cup Series playoffs with his victory July 18 at New Hampshire Motor Speedway in Loudon. He led 46 laps around the flat, 1.058-mile oval en route to his third career NASCAR Cup Series win. After a year full of adversity and bad luck, the victory put the No. 10 team, which was 27th in the standings and facing a must-win situation if it was going to compete for this year’s championship, in prime position to earn one of the 16 coveted berths in the 10-race playoffs. Almirola’s award-winning YouTube series “Beyond the 10” captured his entire race day here.
● In his pursuit of his first Cup Series championship, Almirola looks to continue Tampa Bay’s recent sports successes by adding to the accomplishments of his hometown teams – back-to-back Stanley Cup championships won by the National Hockey League’s Tampa Bay Lightning, last year’s World Series appearance by Major League Baseball’s Tampa Bay Rays, and this year’s Super Bowl championship by the National Football League’s Tampa Bay Buccaneers.
● History at Darlington: In 12 starts at the 1.33-mile egg-shaped oval, Almirola has earned two top-10 finishes, which came in back-to-back starts last year in May and September. In his most recent start, the Smithfield Ford team was forced to start at the rear of the field and, after proving to have speed by gaining 10 positions in only six laps, Almirola’s day was cut short when the No. 47 contacted his rear bumper and spun him into the inside wall.
● Smithfield Foods celebrates 10 years of partnership with Almirola this season with a special campaign called Taste Victory. As one of the most active partners in NASCAR, Smithfield engages fans all year long by hosting a microsite that provides the opportunity to win when Almirola wins or finishes inside the top-10. When Almirola wins, one fan wins $10,000, and 10 fans win a gift card for each top-10 finish.The microsite also doubles as an Aric Almirola fan page and entertainment source where fans can get behind the wheel of the No. 10 Smithfield Ford with a custom racing game, and learn more about Almirola with fast facts, favorite recipes and custom content about his life on and off the track. Visit www.tastevictory.com to learn more. Thanks to Almirola’s Feb. 11 win in his Duel qualifying race for the Daytona 500 and his July 18 win at New Hampshire Motor Speedway in Loudon, two lucky fans have already won $10,000 each.
● Almirola’s 2020 season proved successful when he earned a career-high 18 top-10 finishes, six top-fives and led 305 laps. During the season, Almirola went on a five-race streak of top-five finishes and earned nine consecutive top-10s.
● Career Stats: Almirola has career totals of three wins, two poles, 26 top-five finishes, 82 top-10s and 893 laps led in 378 NASCAR Cup Series starts.
● Beyond the 10 YouTube Series:In 2021, Almirola continues to share his life beyond the No. 10 Ford with season three of his award-winning YouTube series. Fans and media can subscribe on YouTube to see Almirola’s personality on and off the track. Episodes have already featured life as a dad, a husband and an athlete, and it gives fans a unique perspective on what goes on in the life of a professional NASCAR driver. Fans can also follow Almirola’s social media channels: @Aric_Almirola on Twitter and Instagram, and @AricAlmirola on Facebook. Almirola’s latest Beyond the 10 episode addresses the question “are NASCAR drivers athletes” in honor of the Olympic break.

Aric Almirola, Driver of the No. 10 Smithfield Ford Mustang for Stewart-Haas Racing:

You had an early exit at Darlington in May. Did you get to learn anything about your car in that short amount of time?

“Yeah. We had an early exit, but I was so pumped about our car at Darlington, to be honest. We started in the back and had an issue going through tech. In nine laps, we drove from last to like 22nd. We passed a ton of cars and were running just as good as the top-five guys, just passing all those cars, so it’s a small snapshot of what we had for a car and I felt really good about the way we unloaded at Darlington. Everyone has made improvements to their cars, and we have, as well, so I have no doubt we’ll bring a better car to Darlington than we did that many months ago.”

How do you feel about kicking off the playoff at Darlington?

“I’m excited to go to Darlington to start the playoffs. I think, as we kick off the playoffs, Darlington is such a special place to race on Labor Day weekend and it’s a place that we’ve had really strong runs at in the past, so looking to keep that going with a great run in Darlington. That’s key. You don’t want to start in a hole and have to dig your way out. Getting the playoffs started on the right foot is certainly key. Stage points are going to be huge at Darlington to start off on the right foot. You see the end of each of these rounds and it comes down to one or two points. I’ve lived it where the leaders wrecked and I got in on a tie.”

What is it about Darlington that makes it such an enjoyable track to race at?

“It’s just a really unique racetrack with the two corners being so drastically different from each other and the surface of the track being really narrow, so you kind of get forced to run up by the wall. It’s just a really old, worn-out, gritty, hard-core racetrack, so it makes it fun and makes it really enjoyable to race at. Certainly make it really nostalgic for our sport when we show up to Darlington.”

Looking through the playoffs what will it take to be successful and where do you think you team stacks up?

“As we eye the playoffs, it’s really just about doing everything perfect and maximizing the day that you have. All of those things add up to results and that’s what we really focus on as we dive into the playoffs – not making mistakes and not taking yourself out of contention, making sure we maximize every single race weekend and every single lap. I feel like we stack up nicely with the competition despite what the results of the year may show. The rules package in some of the first few races is the rules package that we’ve had the most success with and won with at New Hampshire. There are certainly going to be some challenges at a few of the tracks in the playoffs, and there will be some where our competition is better. I’m looking forward to the challenge and I think there are some really good tracks in the playoffs for us.”

How much emphasis has your team put on the playoffs since your win at New Hampshire?

“For us, I think we know our 750 (horsepower) package is good. We know that the work we’ve been doing on the package has significantly improved. We started hitting on it in Nashville, where we won the pole and our first top-five of the season at the time. That package is the majority of the playoffs and is our season-ending championship race. I think the first round is set up really good for us with all three races being the 750 package. The second round is definitely a challenge for us. Vegas has not been the greatest for us, and the (Charlotte Motor Speedway) Roval hasn’t been the greatest for me, but there’s Talladega in there. So we’ll look to make the most of Vegas, make the most of the Roval and maximize the round at Talladega.”