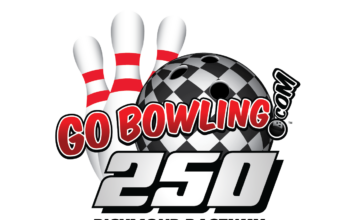 – Starting Position; Josh Berry will start the Go Bowling 250 from the 33rd position on Saturday afternoon. Due to no practice or qualifying the starting lineup was calculated by the competition-based performance metrics system; fastest lap in the previous race 15 percent, driver finish from previous race 25 percent, owner points 25 percent, and driver points 35 percent.

– Richmond Raceway Stats; Saturday afternoon’s Go Bowling 250 will mark Berry’s 18th NASCAR Xfinity Series (NXS) start of the 2021 season, and fourth for Jordan Anderson Racing (JAR). Berry holds one previous start at Richmond Raceway in NXS competition during the 2015 season. In his only NXS start of the season Berry would start the Virginia 529 College Savings 250 from the 5th position and would go on to finish in 7th. In 2021, Berry holds very impressive numbers in his 17 starts claiming one win, 5 Top-5’s, and 10 Top 10’s.

– Chassis; Jordan Anderson Racing (JAR) will bring Chassis No. 105 for Berry to compete with in Saturday afternoon’s Go Bowling 250 at Richmond Raceway. Since being acquired from RCR in the off-season Saturday’s race will be the third event No. 105 has been entered in for JAR. Last seeing on track action in June Berry would drive No. 105 to a Top-Ten finish in the Pocono Green 225 Recycled by J.P. Mascaro & Sons at Pocono Raceway. In the JAR debut for Chassis No. 105 at Texas Motor Speedway team owner Jordan Anderson would experience clutch issues at the initial start, would make repairs early and would return to the action finishing in the 34th position.