NASCAR & Next Gen Vision of the Future 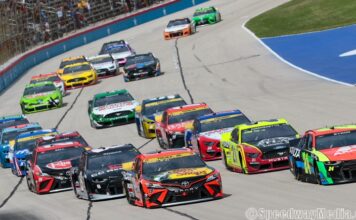 Now the 2021 NASCAR season has concluded, aside from being a thrilling campaign that elevated Kyle Larson to the Cup Series Championship, this was also the end of the sixth-generation era. From 2022, the Next Gen car will introduce a completely new chassis design, along with paving the way for a bright future of other NASCAR innovations.

The birth of a new NASCAR era

“We’ve made no bones about we want to attract some new fans and new teams, and that starts with the car,” NASCAR senior vice president for racing innovation explained, as part of an insightful glance at the future published in October by the New York Times. Indeed, while NASCAR hopes to restore the appeal of classic stock car events, following a decade of declining interest, underpinning the Next Gen revolution is a keener focus on diversity.

Changing and evolving demographics have inspired the need for greater diversity, as NASCAR seeks to reach a much larger and more culturally varied audience. The biggest challenge comes from doing this without alienating the established, more traditional fanbase. But rather than taking a scattergun approach, NASCAR appears to be going down the right path, focusing on what will engage and entertain a much larger overall audience.

For the NASCAR purists, the Next Gen car promises the “Rebirth of Stock” and greater competitiveness, returning to the roots of racing vehicles more akin to their production-car counterparts. Cars on the racetracks will boast the iconic American muscular looks, resembling something fans could aspire to have in their own driveways, albeit with technical modifications including bigger wheels and lesser dependence on aerodynamics.

The body materials have also changed in the Cup Series cars, switching from sheet metals to durable composites, already introduced to the Xfinity Series in 2017. This brings the prospect of more aggressive racing, largely thanks to each car being more resilient and robust, less prone to taking damage that might otherwise end races for competitors. Overall, the Next Gen car should be less expensive, which potentially makes NASCAR more accessible to new teams.

By lowering costs, NASCAR is attracting new team owners and that will also lead to increased management diversity. Encouraging more teams like 23XI Racing or Trackhouse Racing owned by the entertainer Pitbull. Greater diversity of team ownership and of drivers behind the wheel, hailing from varied social and cultural backgrounds, could be the key to NASCAR earning reach within broader demographics.

The quest for wider international appeal

One thing that’s truly unmistakable, NASCAR is intrinsically a part of American sporting culture. While that may be a huge plus when it comes to selling the brand at home, it can also be a hindrance when attempting to gain a wider audience elsewhere around the world. The NFL has encountered similar difficulties, given that viewership beyond North American audiences is minimal on the global scale when stacked against comparable sports like rugby.

Interestingly, when it comes to online sportsbooks, NASCAR now features prominently leading international betting sites, many of which live stream the sporting events they cover. Given that NASCAR actually encompasses over 1,500 events over the course of each year, as highlighted in the dedicated NASCAR guide published by SBO recently, this means a huge array of betting possibilities and markets will surround every race.

Importantly, this growing interest in NASCAR wagering provides a foot in the door for the organization itself. If more people are watching NASCAR events at safe and secure betting sites, there is an ideal opportunity for increased international engagement. Using the successful NASCAR Whelen Euro series as an example, further collaborations with the FIA might help, as they are the organization who sanction Formula One events.

NASCAR could also take hints from the NFL marketing playbook, such as hosting events in the NASCAR Cup calendar in other countries. The Middle East and Asia have a massive appetite for motorsports and bringing NASCAR to those regions could provide a massive boost. Brand imaging is undoubtedly important, although there’s no better attraction for fans than the chance to watch events in their own backyard.