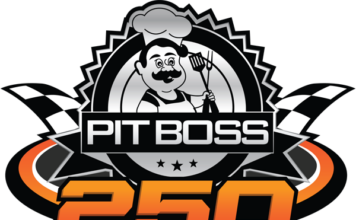 AUSTIN, Texas — When does five months seem like five years?

When you’re a NASCAR driver who hasn’t been behind the wheel since October.

An eager Preston Pardus returns to action Saturday (March 26) when NASCAR’s Xfinity Series invades the Circuit of the Americas for a second time. Pardus, 25, created some of the most memorable moments of his brief Xfinity career in his final three outings of 2021.

The privateer qualified a strong 10th on the road course at Indianapolis in August, posted a career-best seventh on Charlotte’s ROVAL in early October, then finished on the lead lap three weeks later in his first NASCAR oval start at Martinsville.

“It feels like forever since then,” Pardus laughed. “I hope we have the same amount of speed we had last year. At Charlotte, we showed we could put a race together, so that felt good. If we can build off of what we had last year, it’d be a great step.”

At last year’s NASCAR debut in Austin, Pardus battled his way to a 14th-place outing. It was one of eight solid lead-lap performances in 14 Xfinity starts.

The 21-turn layout will offer a different feel this time around. Ground-penetrating radar and laser mapping equipment identified areas in near of repair, and turns 14 through 16 have been repaved. Concrete pads were installed to reinforce areas in the second and 10th turns.

“It was mainly a lot of braking bumps that were the issue,” Pardus said, “so we’ll probably be able to drive into the corner a little harder now. Tire life should be a little better and not quite so much like a Darlington or some of the other more abrasive tracks.”

The Circuit of the Americas, Pardus said, catches the racers’ attention immediately as they are faced with an 11% climb after they take the green flag and charge toward Turn One. Qualifying for the Xfinity drivers is slated for 4:30 p.m. Central on Friday.

COTA, which opened in 2012, currently hosts the only Formula One race in the United States. This weekend, it will see all three of NASCAR’s national divisions in action. The Camping World Truck Series shares the bill Saturday with the Xfinity cars, and NASCAR’s Cup Series provides Sunday’s main event.

Dan Pardus will serve as his son’s crew chief in Austin. Dan Pardus is a former NASCAR Cup, Xfinity and ARCA racer.

“Preston’s getting very confident in the car and the crew’s ability, so it’s making him that much faster,” Dan Pardus said. “We learned a little bit last year at Austin set-up wise, and he learned some things talking to Alex Labbe,” an Xfinity Series veteran.

On Sunday (March 20), Dan Pardus was recognized by the Florida Short Track Racing Legends Reunion for his “commitment and support to stock car racing” in the Sunshine State. He also received a Certificate of Special Congressional Recognition for his efforts from Rep. Bill Posey, Florida’s 8th District U.S. Congressman.

The Circuit of the Americas race will also mark the debut of Garage Oil – American Badass Whiskey as a sponsor on the No. 91 Chevrolet. A newcomer to the shelves as well as NASCAR, Garage Oil is based in Austin.

“We see ourselves down the road being a big-time NASCAR player,” said Ron Stone, founder and co-owner of Garage Oil. “I think Preston has a big ol’ career in front of him, and … this could turn out to be a really great long-term relationship with them. I think Preston is a tremendous driver, and I like him and Dan personally.”

Garage Oil – American Badass Whiskey (https://garageoilspirits.com) is available in nearly three dozen Texas locations, and will soon be on the shelves in Arizona, California, Colorado and Florida. Home delivery is available in central Texas.