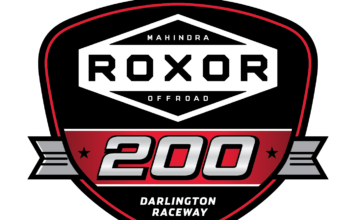 RILEY HERBST, No. 98 Monster Energy Ford Mustang – HOW SOLID WAS THIS CAR TODAY? “I thought it was fairly good from spring last year we finished probably a lap down in 19th, so to come here and finish third and to honestly have a top-five car is just a testament to Stewart-Haas Racing and everyone at Ford Performance and Monster Energy. This wasn’t one of my favorite racetracks, and I still think we need about a tenth a lap to try and win these races here in Darlington, but we’re getting closer and it’s good.”

ANOTHER SOLID FINISH. “Yeah, it was good. We were pretty good the first stage. The second stage we were even better and then I messed up on the restart and spun the tires and finished the second stage in ninth or tenth. I was pretty bummed out about that and luckily we were able to get our track position back to kind of where we ran all day in the fourth or fifth spot and ended up third. Another top five and another top 10 is just what we need – consistency – and I think we’re doing a pretty good job.”

WHAT ABOUT COMING TO DARLINGTON AND THIS RACE. IS IT A LITTLE SCARY? “I wouldn’t say scared, but it hasn’t been one of my best tracks recently just because I’ve struggled on how hard it is to race here, so good runs like this help. Hopefully, we can have another one in the fall.”

YOU WERE ON THE INSIDE OF ROW 2 ON THE FINAL RESTART. WHAT WAS YOUR PLAN? “I was just thinking not to spin my tires and I did spin my tires. I had to gather it back up and get going down the back straightaway and ultimately we ended up where we should have ended up – third. All in all, pretty good.”