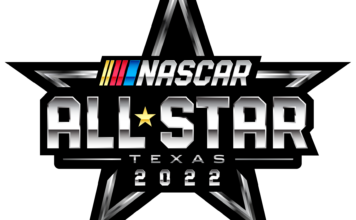 Dillon has competed in four previous All-Star Open events – three at Charlotte Motor Speedway and one at Bristol Motor Speedway. In his two most recent races (2019 and 2020), the 30-year-old captured second and fifth-place results respectively.

As an industry leader, Ferris has built a reputation for accomplishing more work with ease, through innovation, uncompromising performance, and quality features. Ferris makes extremely durable equipment with patented full suspension systems and ergonomic controls and backs them up through world-class dealers.

“Yeah, absolutely. It gives you time to get the verbiage down with each other. Building the real relationship matters so much between driver and crew chief and engineers. It’s not always easy with everyone have their own personality, but you have to know where you fit, when to push, and when not to push. We don’t get that time in the physical, real action very often. The new practice format is such a grind in the moment – 15 minutes and then you turn over to qualifying. I’m studying SMT data, they are studying everything they see on the car, and it’s a super quick grind. When we get those precious moments and hours now in the simulator, they are so valuable and helping our team grow so much. When I can sit there and tell them what the car is doing and why I feel uncomfortable or comfortable with doing this motion, so they understand the background and my driving style, it grows our team. We have to use those sessions as much as we can and while it’s not the exact real thing, it’s the best we can do with what we have and we have to make the most of it.”

“I’m looking forward to the All-Star race. Texas has been a good place to me in general over the last four or five years. I hope to race our way in through the Open and if not, fallback hopefully on the fan vote. The goal obviously is to be in the All-Star race on Sunday night and be racing for that million. Looking forward to getting down there. I always have fun going to Texas and being in that area. I can’t wait to get there and have a chance on Sunday.”