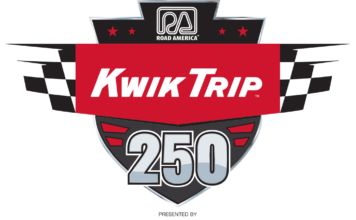 Kwik Trip 250 Presented by Jockey Made in America
Road America

In the 2022 NCS season, Kaulig Racing has earned one top five, three top-10 finishes and has led 22 laps

“Road America has always been one of my favorite tracks. It’s challenging and unique, because there’s not a lot of tracks like it with the high speeds on the straightaways and heavy brake zones. There’s a ton of passing areas but also a lot of places for mistakes. It’s one of the few true road courses in the country. We’ve had speed at the road courses this year in both series, and winning in Xfinity series gives us confidence. We’ve been working hard to make our cars faster in both series. We just need to execute this weekend, which is extremely important at Road America.” – AJ Allmendinger on Road America

“I love Road America. I’m excited to go to a place that I’ve had success at and ran well at in many series. I have some sports-car experience there, as well as success with Kaulig Racing in the Xfinity Series. We have had some great runs at the road courses so far this year, so I know it’s a place we have a chance to do really well at.” – Justin Haley on Road America

“We’ve been so close to great success at both road courses this year in our No. 10 Voyager Chevy, and I’ve been working very hard on all of them to get better. All of us at Kaulig Racing are continuing to push into these road courses with a ton of optimism, so I’m looking forward to this weekend.” – Landon Cassill on Road America

“I’m looking forward to road America. This is a place, like other road courses, our team has circled on our calendars. We haven’t had the raw, outright speed we need lately to contend. My teammate, AJ Allmendinger, has done a lot for Kaulig Racing’s road-course program. Hopefully Road America is one of those tracks where we can put ourselves into position to capitalize on our strengths.” – Daniel Hemric on Road America