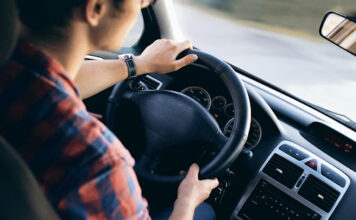 Buying a car is often a big purchase and can be expensive. If you’re thinking of buying a new or used car, it’s important to do your research before making a decision. Of course, the best time to buy one is if you can afford it and you know how to drive safely. According to a reputable Car injury law firm, new drivers are prone to accidents so it’s critical to master driving first before getting one. If you are interested in learning more about when is the best time to buy a car, then read on!

Not everyone knows how the automobile market works. The new car market in particular. The iron rule: it is most profitable to buy a car at the end of December or the beginning of February. Do you know why?

It’s because of the discounts that dealers give. It’s in December they are most accommodating, but not in honor of the New Year and Christmas. They just have a sales plan to close. All dealers have a plan. If you meet it, you get a solid bonus from the manufacturer/importer. If you don’t do it, you can go on living as you want, even if you have to close down.

Many people who work in companies that also have a plan know what I mean. There are quarterly bonuses and bonuses, and then there are annual bonuses. Annual bonuses are the most impressive. Only a fool would refuse them willingly. That is why they try to fulfill the plan by all means.

There are many ways for dealers, but the simplest one is to sell cars with big discounts and gifts. It is more profitable to sell with gifts because for them the “gifts” are much cheaper than for you. And also as a gift, they can offer accessories and extras, for which they usually charge 2-3 times their market value.

At the end of the year, the dealer is ready to sell the car with such big discounts, that he is left without any profit or even at a loss. And all because the bonuses for the completed annual sales plan will pay off, and the importer’s loyalty will be preserved.

There are nuances here, of course. Not all dealers are on fire with the plan. For example, some dealers sell popular models – not only do they not give any discounts, but they dump hundreds of thousands more extras that are impossible to refuse. You should not take anything from them. You have to look for those to whom you need to sell the car. If not in your town, then in another. If not from one dealer, then from another. After all, sometimes instead of a budget car, you can buy an unpopular brand, but a higher class at the same price.

The effect of “last year’s car”.

There is another reason why dealers try to dump cars before New Year. Because in the new year it will be last year’s car. It is like a new car, but it cannot be sold for the same money as a car of the new year. And if in December the effect of “last year’s car” is not very strong, at the beginning of February they are ready to get rid of last year’s cars at a loss.

It is clear that if you don’t sell a car now the chances to sell it in March, April, and May are almost zero, so dealers are ready to make any discounts. Especially if, as I said, the model, color, or equipment is not marketable.

Of course, the car will find its buyer, but the dealer doesn’t need illiquidity. He needs to free up the money he gave for this car to buy another one, more liquid. In short, the money has to work. The more transactions, even with minimal profit, the better.

For last year’s cars, of course, the price increase does not apply, because they were bought at the old prices. Although some dealers are trying to present the nonincrease in prices as another discount, it’s a bluff.

That’s why February is also a good time to buy a car. January tends to be a sales slump. All are celebrating, long holidays, everyone is spending for New Year presents – no time for cars. And managers themselves have a rest – they eat caviar with butter, for which they earned in December, having fulfilled the plan. In general, there is a lull.

And in February comes the realization that the bonus money has run out, there are no queues in the showrooms, because everyone who wanted to buy, bought in December, and new sales plans, nevertheless, there are. They have to be fulfilled somehow, and there’s still a lot to do. It’s less than two months until the end of the quarter, January was practically wasted, we need to catch up. Plus, selling last year’s illiquid cars is incentivized by the director, promising a higher percentage of the sale.

Haggle to the bitter end:

And the main thing that you should remember: do not be afraid to bargain with the manager at the showroom. Do not show that you are strongly interested in the purchase. Do not feel bad that you wasted the manager’s time, that he took care of you, brought you a coffee and you kind of have to buy his car – no! It’s his job, it’s marketing, it’s psychology.

Go and bargain. Go to one dealer, to a second, to a third – demand a written commercial offer from each, and do a second round, showing a better offer from your competitors. Don’t be shy, haggle, haggle like in an oriental bazaar. There are examples when people knocked down the price of the car by 20% or even more. If you save money, you have made money. There is no need to throw money around and show the manager how great you are – that’s exactly what he needs.

In 2022 almost everyone has a car, and some have more than one, and today it is very easy to buy one, as there are millions of them on the market, and even if you do not have money, you can buy one thanks to an auto loan company that provides car loans so do not miss your chance at a good car.