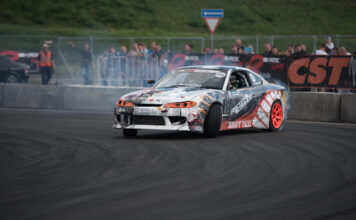 Car racing is a fascinating sport that gets everybody’s adrenaline pumping, from the drivers on the track to the fans packed into the grandstands.

Automobile racing is a modern sport that can provide both thrills and chills. Racers and their vehicles are central to the world of motorsport.

While Formula 1 is the most-watched car racing event in the world, NASCAR (National Association for Stock Car Auto Racing) drivers also receive a lot of coverage from the media these days for their daredevilry on closed circuits.

Formula 1 race cars are the most well-known racing cars in the world. Rally cars and stock cars are two other important types of cars.

The Evolution of Race Cars

A few years later, in 1907, England built the world’s first racetrack. It was given the name ‘Brooklands.’ Standard cars were used in races in the early stages of automobile racing. However, racing cars such as the Bugatti Type 35 were eventually mass-produced for use, particularly as race cars.

A wide range of automobiles is seen competing in motorsports in this modern era. Formula 1 cars are powered by VB engines and are controlled by digital management systems. F1 race cars have sleek bodies that allow them to reach speeds of up to 186.4 mph on average (300 kph).

Furthermore, race car engines must endure enormous amounts of pressure for extended periods of time in order to yield that insane speed. As a result, each racing car receives a new engine after every four to five races.

Unless you’re a die-hard fan (or a professional driver), the following seven pieces of information about race cars will undoubtedly blow your mind.

The maximum speed of a pretty standard engine is between 6000 to 7000 rpm. Any engine with a rev limit of around 8 thousand is regarded as a high-revving one. This much you should know if you understand your car fairly well.

The greatest revving sports cars, such as Gordon Murray’s T.50, can reach 12,000 rpm. This is not even comparable to F1 cars.

If you’ve noticed that your engine’s RPMs start to fluctuate even when your vehicle is parked, chances are you’re dealing with breakdowns in a couple of key parts in your engine bay. In reality, your vehicle revving its engine even while in the park is a fairly common problem.

Today’s NASCAR cars have more than 750 horsepower and can reach speeds of more than 200 miles per hour.

However, in terms of pure speed, Formula One cars knock them out by a huge margin. These vehicles can accelerate to 60 mph in just about 2.6 seconds and reach a top speed of 235 mph.

Although both types of cars are technically much superior to regular road cars, Formula One legislation permits engineers to continuously push the limit.

The F1 tends to produce more horsepower which is over 800hp while weighing half as much as NASCAR cars. That is a significant advantage.

How many of you have noticed how Formula One engineers start a car’s engine before anyone gets in to drive it? This is due to the discovery that, for some reason, Formula 1 cars’ engines cannot be turned when they are cold. That’s also the explanation why Formula One cars have external heaters.

Some people exercise, others eat less, and others race cars. Formula 1 racing has been shown to cause drivers to lose up to 4 kilograms in a single race.

Nevertheless, that’s mainly owing to the unbearable heat in the driver’s seat, so it’s not a viable weight-loss option for most people.

Have you ever watched a Batman movie and loved and admired the Batmobile’s abilities? Guess what?

Under the right circumstances, a Formula 1 car can perform some of those stunts as well, particularly driving upside down. There is some debate about whether this can end up causing damage to the car, but the reality is that a Formula 1 car’s aerodynamic drag force can enable it to travel upside down.

Crashing is a frequent thing in F1. Seven out of ten races in the 2020 season had at least one crash.

While most of them are inevitable, fans are unaware of the amount of money that goes into the drain each time they see car parts flying around after a crash.

Overall car costs vary based on the regulations of each season. For instance, the average cost of a Formula One car in 2021 was more than $20 million.

F1 cars accelerate when moving in a straight path, but as they confront the corners, they slow the car down and travel at speeds ranging from 31mph to 192mph. It requires a lot of stopping power to go from over 200mph to 50mph within just three seconds. This can cause the brakes to become extremely hot, reaching mind-boggling temperatures sometimes. An orange glow can be seen through the wheels if you look closely.

However, in this hybrid era, most of the stopping is done by regenerative braking, and simply releasing the brake pedal halts the car down faster than hitting the brakes in regular cars.

Formula One cars are complex machines in which the smallest details can make a huge difference. There is an untold number of facts and trivia about these monster cars that most people, even many die-hard fans, are unaware of.

Hope these seven mind-blowing facts about racing cars have surprised you and piqued your interest to dig more deeply into the subject!

SMhttp://www.speedwaymedia.com
Previous articleTyler Reddick fends off Elliott for first Cup Series victory at Road America
Next articleWhen is the best time to buy a car?