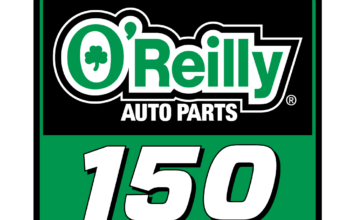 Chandler Chatter:
Chandler Smith and the No. 18 team head to Mid-Ohio Sports Car Course for Saturday’s O’Reilly Auto Parts 150. Smith will be looking to have a strong performance in front of over 200 guests that his primary sponsor Safelite will be hosting at the event. Safelite – the nation’s largest provider of vehicle glass repair, replacement and recalibration services – is headquartered about 60 miles southwest of the track in Columbus, Ohio. Safelite has been a primary sponsor at KBM since 2017 and has adorned the hood of Smith’s Toyota for all three of his NASCAR Camping World Truck Series victories.

Saturday’s event will mark the first time that the NASCAR Camping World Truck Series has raced at the 2.258-mile, 13-turn road course. To prepare for Saturday’s event, Smith raced in the Trans Am Series TA2 division at Mid-Ohio on June 26. He was involved in an incident late in the race and finished 25th.

Smith has been solid on road courses this season in Truck Series action. He finished fifth at Circuit of the Americas in Austin, Tex. in March and followed it up with another fifth-place finish last month at Sonoma (Calif.) Raceway. He will be piloting the same Tundra TRD Pro, KBM-72, in Saturday’s race that he did in both of those events.

With two races remaining before the playoffs start, the 20-year-old driver finds himself fourth in the Truck Series point standings, 35 points behind Zane Smith. Smith is locked into the playoffs via his win earlier this season at Las Vegs (Nev.) Motor Speedway. Through the first 14 events of the season Smith ranks first among Truck Series regulars in laps completed (1885) and quality passes (527), second in average finish (9.1), third in driver rating (99.1) and average starting position (7.9), and fourth in average running position (9.281). He has produced one win, 96 laps led, six top-five and nine top-10 finishes in his sophomore campaign. With nine races remaining this season, Smith has already matched the number of top-five and top-10 finishes he had in 2021.

Veteran crew chief Danny Stockman will once again call the shots for Smith and the No. 18 team in 2022. Stockman’s drivers have produced six victories at KBM across his first two seasons, including two with Smith behind the wheel in 2021. The veteran crew chief captured a Truck Series championship with Austin Dillon in 2011 and also won an Xfinity Series championship with Dillon in 2013. Stockman’s drivers have collected two top-five and two top-10 finishes in Xfinity Series action at Mid-Ohio. His best result was a runner-up finish with Daniel Hemric in the 2017 event.

Chandler Smith, Driver Q&A:
You’ve finished fifth at both road courses this season. What do you contribute your success to?
“I’m no road course ace by any means, so I guess in past races it just had to be the lack of experience. Now that I’m getting laps under my belt, I’m getting better and better at it, and I’ve been trying a lot harder to master my craft on the road courses. I’ve still got a long way to go for sure, but after having a couple top fives now hopefully we can keep improving and work towards getting the Safelite Tundra TRD Pro in victory lane this weekend at Mid-Ohio.”

You recently competed in a TA2 race at Mid-Ohio. How beneficial will that be in getting you ready to race a truck there?
“Running the TA2 race at Mid-Ohio definitely helped a lot because I know how much grip the track actually has in it. I’ve been there before myself, so before that race all I had to go off was the TRD simulator. Now I actually have laps there in real life and that will be a big help with hopefully me being able to be up to speed quicker in practice and help Danny (Stockman, crew chief) and the guys get our Safelite Tundra TRD Pro dialed in for qualifying and the race.”

How cool will it be to have over 200 Safelite guests at the track this weekend cheering you on?
“It’s always cool to see as the Safelite associated at the race track having a good time. I’ve seen a lot of associates last year that were back again this year and a lot of them that are at the track for the first time. Having over 200 people come support me in their Safelite colors this week is going to be really cool. I can’t wait to see them all and hopefully we put on a good show for them.”

Chandler Smith’s No. 18 Safelite Tundra:
KBM-72: The No. 18 Safelite team will unload KBM-72 for Saturday’s race at Mid-Ohio. Smith has recorded top-five finishes with this Tundra TRD Pro in both road course events this season: Circuit of the Americas in Austin, Tex. and Sonoma (Calif.) Raceway.
KBM-72 Performance Profile