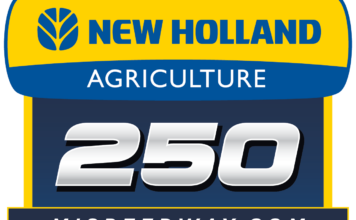 • While Riley Herbst is still on the hunt for his first career NASCAR Xfinity Series victory, the 23-year-old racer is already a winner at Michigan International Speedway in Brooklyn. Herbst scored his second career ARCA Menards Series win in August 2020 at Michigan. He started from the pole and led four times for 39 laps to take the victory by 1.456 seconds over runner-up Bret Holmes. In a prelude to that win, Herbst finished second in his second career ARCA start at Michigan in June 2018, starting eighth and leading seven laps.

• The Michigan 250 will mark Herbst’s 97th career Xfinity Series start and his third at Michigan. He came home seventh in last year’s race, threading his way through a multicar accident and three attempts at a green-white-checkered finish. In total, Herbst has 14 top-fives and 47 top-10s dating back to his first career Xfinity Series start on June 17, 2018, at Iowa Speedway in Newton, where he finished an impressive sixth as a 19-year-old.

• Herbst scored his most recent top-10 last Saturday on the 2.439-mile, 14-turn road course at Indianapolis Motor Speedway. It was an impressive effort, as Herbst battled back from a late-race spin to finish sixth. It was his best result at Indianapolis and his 13th top-10 of the season. In fact, in the 20 races run this year, Herbst has equaled or bettered his best finish at a track nine times, and he has already matched his season-best result of five top-fives (2021) and is four top-10s away from meeting his career-best tally of 17 top-10s, earned in 2020.

• With only six races remaining before the playoffs begin Sept. 24 at Texas Motor Speedway in Fort Worth, Herbst is fighting to protect his spot in the 12-driver playoff field. He is currently ninth in the driver standings with 555 points, 134 ahead of Sheldon Creed, the first driver below the playoff cutoff line. A win would clinch a playoff spot for Herbst, but he can defend his playoff position by continuing to collect top-fives and top-10s through the regular-season finale Sept. 16 at Bristol (Tenn.) Motor Speedway.

Michigan has been a successful track for you in the ARCA Menards Series. In August 2020, you started on the pole and led four times en route to your second career ARCA win. Talk about that win and what it meant to you.

“It was so cool to win in ARCA at Michigan. It’s such a fun and fast track, but it’s also difficult and you can get into trouble really fast. I had the opportunity to get behind the wheel in ARCA when Xfinity didn’t race there in 2020 and I started on the pole. We ended up in victory lane by the end of the 100 laps, leading laps along the way. It was a good day. Hopefully, I can repeat that this weekend. This No. 98 Monster Energy team deserves to be in victory lane.”

Only six races remain until the playoffs begin at Texas Motor Speedway in Fort Worth. What’s the plan in these final regular-season races?

“We need to protect our spot, but also we’re still in it to win races. A win would put all the worry of points racing aside. Michigan is a track that I had circled on my calendar, but there are a few tracks before the playoffs where I think we could get it done. Richard (Boswell, crew chief) is always keeping an eye on that point advantage. We work together to make sure we know when to take a risk and when to play it safe. There has to be a good balance between the two, but we’re here to win.”

The No. 98 team has shown improvement and speed in practice and qualifying over the past few months, a fact highlighted by your second career pole in June at Nashville. How have you worked to improve in these areas?

“We’ve had to dial in and really take advantage of these sessions. It’s important where you start these races, and we want to start up front and stay there. This is an area where we struggled at the start of the season, and I think you can see that we’ve improved overall. There’s still work that we need to do, but we’re unloading fast Monster Energy Ford Mustangs and that’s what’s important.”